Breastfeeding by Hiv-infected women transfers the virus to the infants, says a study 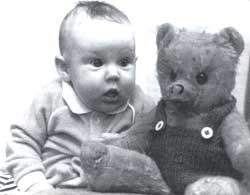 THE HIV virus continues to trouble the medical world. According to a recently-published report, about five per cent of infants born to HIV-positive women in the developing countries receive the virus through breast-feeding. Researchers concluded that the risk of post-natal HIV transmission via breast-feeding is substantial. Valiriane Leroy and colleagues from the Universite Victor Segalen in Bordeaux, France, conducted a study on mother to-child transmission of HIV. They pooled data from four studies conducted in developed countries and four studies conducted in developing countries. The group studied infants born to HIV-positive women (The Lancet, Vol 352, No 9128).

Researchers found that less than five per cent of the infants born to HIV-positive women in developed countries were breastfed. None of these infants were infected with the virus in the post-natal period. As compared to this, in developing countries, most HIV-infected mothers breast-fed the infants, and post-natal transmission occurred in children studied in the four groups. The team calculated that if the breast feeding had been halted by four months, no HIV transmission would have occurred. If breast-feeding had been halted by six months, only three HIV transmissions would have occurred. However, the study is quick to point out that additional research is needed to determine the risk and timing of post-natal HIV transmission through breast milk and the net effects of stopping breast-feeding on the health and survival rates of these infants.

The findings are bound to have long-term implications as they raise an important public health issue. Breast-feeding is considered to be beneficial as it reduces infant mortality, especially in developing countries where mothers cannot afford other substitutes due to lack of purchasing power. But the above-menrioned study states: "Avoidance of breast-feeding by HIV- I infected women is recommended if safe and affordable alternatives are available."

The United Nations (UN) has already recommended that HIV-infected women should be discouraged from breast-feeding. This is a significant change in their breast-feeding policy. However, the agency noted that the individual decision to breast-feed should be made by each mother. In some regions, women are stigmatised if they do not breast-feed. Also, there may be no safe or affordable alternative to breast milk in some areas. Concern has also been expressed that the recommendations may encourage even those women who are not HIV-infected to stop breast-feeding. The issue, as expected, has generated a considerable debate. The proposals to conduct large-scale trials in developing countries to replace breast-feeding with its substitutes in HIV- I -positive women are being looked at seriously.

Though there is a small risk of HIV- transmission through breast-feeding, every pregnant woman who knows she is HIV- I positive will have a difficult decision to make. The choice not to breast-feed will be particularly difficult for women in developing countries, as they have inadequate access to resources, including breast milk substitute, education and health care.

Another area of concern for those opposing the recommendations is that the World Health Organisation and the United Nation Children's Fund and other international organisations will invest considerable resources in finding complete substitutes of breast milk.

It is also feared that these organisations may ignore alternatives like modified breast-feeding, heat treatment of the breast milk to kill the virus, wet nursing, donation or even sale of breast milk, and use of animal milk or home-made formulae.

It is feared that companies producing breast-milk substitutes may influence the policy regarding the manufacture and distribution of baby milk as an alternative to breast milk.