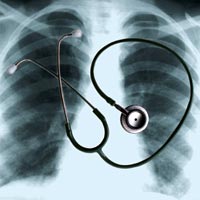 lungs are immediately damaged when people are exposed to particulate matter, and after an hour of exposure even the heart function gets affected. These are the findings of a study carried out at Harvard School of Public Health, Boston, usa. The researchers used rats to analyse the effects of particulate matter. Some rats were exposed to a steady stream of concentrated ambient particles, while the others were exposed to toxic residues of oil fly ash particles or inert carbon black aerosols. The rats in the control group were exposed to filtered air.

The researchers found that the particulate matter and the toxic residues of oil fly ash increased the light emitted by the organs. Particulate matter was found to raise the level of certain enzymes, indicating change in rat physiology.

The researchers also discovered that metals present in the particulate matter were the ones responsible for damaging the heart and lung tissues. Metals such as iron, manganese, copper and zinc affected the lung while iron, aluminum, silicon and titanium damaged the heart. The air pollutant even raised the levels of antioxidants in the body. Another interesting observation was that when the rats were shifted to a cleaner environment, their lung tissues became normal, but the same was not true for heart tissues.

This study is one of several that explains how the body reacts to particulate matter. "It is significant as the researchers found ways in which the body might adapt to these exposures," says Daniel Greenbaum, president of Health Effects Institute, Boston, usa.