Ahead of Ban Ki-moon’s Climate Summit, 340 global institutional investors call on governments to phase out subsidies on fossil fuels and invest more in renewable energy 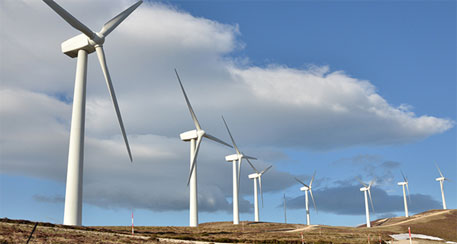 Carbon pricing is a method of reducing global-warming emissions by putting a price on greenhouse gas emissions.

More than 340 investors representing over US $24 trillion in assets have said in a statement that carbon pricing should help redirect investment commensurate with the scale of the climate change challenge as well as develop plans to phase out subsidies on fossil fuels. The statement is the largest of its kind by global investors on climate change.

“Gaps, weaknesses and delays in climate change and clean energy policies will increase the risks to our investments as a result of the physical impacts of climate change, and will increase the likelihood that more radical policy measures will be required to reduce greenhouse gas emissions,” said the statement. “Stronger political leadership and more ambitious policies are needed in order for us to scale up our investments.”

According to the International Energy Agency, the world must invest at least an additional US $1 trillion a year into clean energy by 2050 to limit global warming to 2 degrees Celsius and to avoid the worst impacts of climate change. Global investment in clean energy was just $254 billion in 2013.

Stephanie Pfeifer, Chief Executive of Asia Investor Group on Climate Change (AIGCC) said: “The international investor community has today made it clear that the status quo on climate policy is not acceptable. Investors are taking action on climate change, from direct investment in renewables to company engagement and reducing exposure to carbon risk. But to invest in low carbon energy at the scale we need requires stronger policies. At the UN climate summit next week, policymakers can ensure pockets of climate leadership turn into mainstream actions.”

Alongside the statement, the investor groups have published a report detailing examples of action being taken by investors that support a low carbon, climate resilient economy. For instance, Global bank ING has in 7 years reduced its energy project loan allocation to coal power from 63 to 13per cent and increased its allocation to renewable energies from 5 to 39 per cent. Swedish pension fund AP4 is committed to decarbonising its entire $20 billion listed equities portfolio. ASN Bank in the Netherlands plans to become carbon-neutral by 2030.

“It is significant that the largest institutional investors from around the world are in agreement that unmitigated climate change puts their investments at risk,” said Mindy Lubber, director of Ceres' Investor Network on Climate Risk (INCR) in the US. The financial community has a message for heads of state gathering at the UN next week: we can't afford to wait any longer for a climate deal, he said.

Beyond carbon pricing: the role of banking and monetary policy in financing the transition to a low-carbon economy