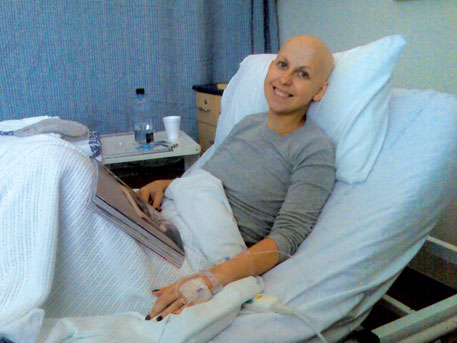 A NANO-SIZED, polymer-coated antibody which captures chromatin fragments released in the blood after anti-cancer therapy and delivers them to the liver for removal has been developed.

Chromatin fragments are broken DNA strands, bound to spherical histone proteins,Ã”Ã‡Ãªwhich are released in multicellular organisms after cell suicide process called apoptosis. They are said to induce oncogenesis—a process by which normal cells are transformed into cancer cell—but the theory is not conclusive.

In a healthy multicellular organism, the cells that are no longer needed or become sick, are destroyed in a highly organised fashion by apoptosis. The number of cells in the organism is balanced by a constant process of cell division. Most cells of the body contain six billion base pairs of DNA, i.e. approximately two metres of DNA per cell. This DNA is tightly coiled around proteins called histones such that it can fit into the microscopic spaces of the cells’ nucleus. This condensed form of DNA is called chromatin. Even in a healthy individual, these chromatin fragments do enter blood circulation, but their quantity increases when a person is sick. Recent researchesÃ”Ã‡Ãªsuggest chromatin fragments from diseased dead cells are picked up by healthy cells, which as a result undergo harmful changes.

Antibodies are proteins, secreted by an organism’s immune cells (B lymphocytes) that bind to specific disease-causing molecules called antigens and signal other cells to eliminate these antigens.

The researchers synthesised antibodies against chromatin fragments and coated them with pullulan polymer. Pullulan is a commercially used polymer extracted from the cell wall of fungus Aureobasidium pullulans.

“The pullulan polymer used here for developing the nanoconjugates is inert and has an affinity for liver,” says lead researcher Rekha Ramesan. The small size (50 nanometer) of the pullulan-antibody nano complex rendered it non-toxic. The study, conducted by researchers from Sree Chitra Tirunal Institute for Medical Sciences and Technology, Thiruvananthapuram, Kerala, was published in the September issue of Biomaterials.

Michael GirardotÃ”Ã‡Ãªfrom the Institute of Molecular Genetics, University of Montpellier, France, says that though the study shows a reduction of histone detection in blood, they don’t demonstrate if chromatin fragments are degraded or still bound to the antibody nanoconjugates. “The premises of the study are that released chromatin fragments in the circulating blood could induce oncogenesis. This hypothesis is not broadly accepted. Therefore, the study is not very useful for the moment,” he says.