Investment in renewable energy sector grows by 17% in 2014

Total investment of about US $ 270.2 billion was made in the year, according to the Global Trends in Renewable Energy Investment 2015 report 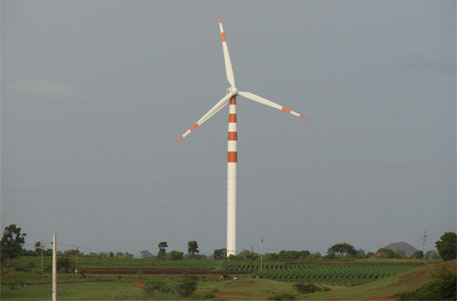 Year 2014 witnessed a phenomenal growth in investment in the renewable energy sector worldwide as both solar and wind power projects worth around 95 giga-watt (GW) were installed. An investment of about US $ 270.2 billion was made in the year. This has been declared in the Global Trends in Renewable Energy Investment 2015 report that was released last week by Frankfurt School - United Nations Environment Programme, in collaboration with Bloomberg New Energy Finance.

The chart below shows investments in the renewable energy sector over a period of 10 years.

What’s more, the installation has increased steadily over the years with 74GW installed in 2013, 79GW in 2012 and 70GW in 2011. Altogether, power generated from wind, solar, biomass and waste-to-power, geothermal, small hydro and marine sources is estimated to have contributed to 9.1 per cent of the world’s electricity generation in 2014 as against 8.5 per cent increase in 2013.

Reduction in the cost of power produced by wind and solar energy is one of the primary reasons for increase in investments in these two sectors. Investment in solar energy sector stood at US $ 149.6 billion in 2014, an increase of 29 per cent while wind energy grew by 11 per cent to touch a record US $ 99.5 billion.

Developing countries saw more money being spent on these two sectors, more than US $ 131.3 billion. It was an increase of 36 per cent on the previous year. China was the leader in investments with US $ 83.3 billion—39 per cent ahead of 2013. On the other hand, developed countries saw only 3 per cent increase in investment at US $ 138.9 billion. 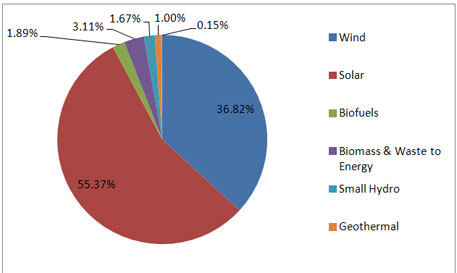 India was also not far behind. Investments grew by 14 per cent to touch US $7.4 billion. After the general elections in May 2014, political ambiguity ceased to exist. Better lending terms and policy implementation helped boost financing. The new government restored accelerated depreciation for wind projects. The wind sector attracted almost half of the total investment with US $ 3.4 billion, but this was the lowest sector total since 2009.

Solar was the only sector to see investment growth in India in 2014. All the capacity auctions in 2014 were completely subscribed, unlike the case in previous years. India has over 3GW of solar PV capacity installed and 250 MW of solar thermal power.