Iraqi Forces pushed IS fighters back from Haditha Dam 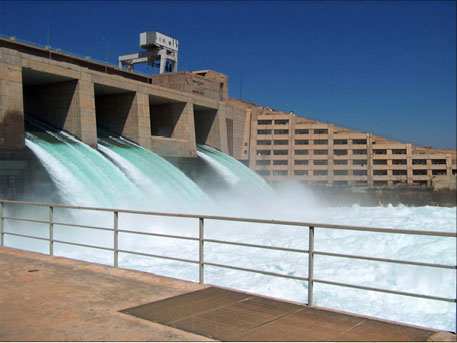 Iraqi forces have recently cleared Islamic State (IS) militants from the area surrounding the strategically important Haditha Dam and regained control over it. This was done with the help of US airstrikes.

The town of Barwana was also retaken by the Iraqi troops and pro-government Shiite militias.

According to a report published in BBC, Islamic State fighters have targeted a number of dams in their offensive, capturing the facility at Fallujah.

Earlier, in August this year, IS had taken control of country’s largest dam Mosul dam. For 10 days, the IS (formerly known as ISIS) was in control of a possible weapon of mass destruction which, according to the US, is “the most dangerous dam in the world”. This is because by manipulating the dam for its own purpose, a military group can either impose a famine on major parts of the country or cause a flood.  IS could have used the dam to starve the population by cutting off electricity to much of agricultural land in northern Iraq.

Use of dams as weapons of war is not new for Iraq. Saddam Hussein, the Sunni leader who built Mosul dam in mid-1980s, is known to have choked off water supplies to Shiites in the south of country. In April this year, one part is suffering from water scarcity, while the other part is flooded. This happened because the army had used water to inundate the areas where terrorists that it was fighting were present. This later pushed terrorists to use the same tactic.

Water in the Arab World: management perspectives and innovations

Trans-boundary water politics and conflicts in South Asia: towards 'water for peace