Is America the right partner for India to deal with antimicrobial resistance? 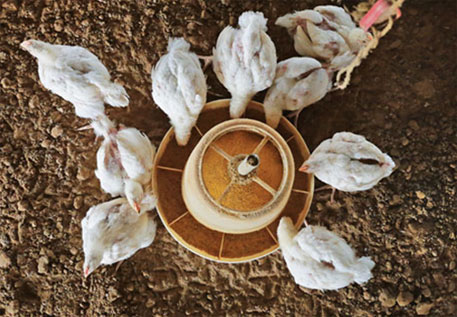 The joint statement issued by the US President Barack Obama and Prime Minister Narendra Modi on Sunday covers antimicrobial resistance (AMR) as an area of health cooperation. The two leaders committed to multi-sectoral actions to counter the emergence and spread of AMR and cooperation in training of health workers in preparedness for threats of infectious diseases. Both the leaders also agreed to focus on science and technology partnerships to counter resistant bacteria and promote the availability, efficacy and quality of therapeutics.

Commenting on the development, Ramanan Laxminarayan, vice-president (research and policy) with the Public Health Foundation of India (PHFI), a public-private initiative, said, “This is a very welcome development that recognises that the US and India face a common threat of resistance.  Much progress needs to be made in both countries and this is an opportunity to work together.”

But first a vital question: is the US the right choice for India to build a partnership with in order to counter AMR? Let us look at US and the European Union (EU) on how they have been addressing use of antibiotics in food-producing animals, which contributes to the development of AMR. With an objective of eliminating medically important antibiotics as growth promoters, the US has largely relied upon voluntary measures to curb the misuse of antibiotics in livestock and poultry, and that too in 2012-13 after having debated the matter for about 40 years when the Food and Drug Administration (FDA) issued guidance for industry on labelling of antibiotics to remove growth promotion claims. So, in practice antibiotic growth promoters (AGPs) can still be used as there is no mandatory law to ban it. The executive order by President Obama in September 2014, also talks about continuing with FDA’s measures.

The EU, meanwhile, has adopted a legislation-based approach. It banned the use of AGPs in animal feed about a decade ago in 2006 and antibiotics can only be administered therapeutically under the supervision of a veterinarian. Laxminarayan said, “The US executive order does call for the phasing out of AGPs.  This faces challenges from the livestock industry that does not recognise the impact of use of antibiotics on resistance even in the face of growing evidence. India has not taken this issue seriously enough and needs to act before AGP use gets out of hand.”  When asked if India can learn much better from the EU than the US, Laxminarayan said, “Certainly a lot from the EU but the political challenges in the EU are quite different and there is greater recognition of the AGP problem.”

In a related development this week, India challenged before World Trade Organization (WTO) its October, 2014 ruling,   which forces India to lift the ban on imports of poultry products from the US. Also, as part of India’s first regulatory move on this issue, the Food Safety and Standards Authority of India (FSSAI) has proposed ban on AGP use in food-producing animals. Experts at Delhi-based non-profit, Centre for Science and Environment, supports both developments because this will safeguard Indian consumers from poultry products made with high inputs of antibiotics. Curtailing chicken meat imports from the US would also prove more meaningful to the proposed cooperation. (see: ‘India’s move to curb antibiotic use in livestock, poultry may hit imports from US’)