Is coal mineral or bioresource? 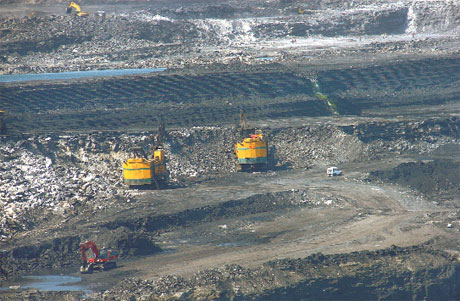 THE Madhya Pradesh State Biodiversity Board (MPSBB) has stirred a hornet’s nest by saying that coal is a biological resource and should, therefore, come under the rules of Biological Diversity Act (BDA), 2002. If the board proves its point, it will be a big win for the state biodiversity boards (SBBs), which are struggling in absence of financial aid for conservation of biological resources.

According to the board, BDA defines biological resources as “plants, animals and micro-organisms or parts thereof, their genetic material and byproducts (excluding value-added products) with actual or potential use or value, but does not include human genetic material.”

Section 24 of Biological Diversity Act, 2002, gives state biological boards (SBBs) the power to restrict activities that violate the objectives of conservation. Under this, any person, corporate, organisation or association, must intimate SBBs about any activity of accessing biological resource. It also gives SBBs and biodiversity management committees (BMCs) the power to order, prohibit and restrict an activity in case it does not obey the principle of sharing of benefits arising outof such an activity.

Section 36 of the Act states that the Central government should develop national strategies for conservation of biological diversity. This apart,Section 41 gives BMCs the power to levy charge for accessing or collecting any biological resource for commercial purposes.

Ram Gopal Soni, member secretary of MPSBB, who opened the Pandora’s Box, says, “The board has classified different categories of industries which are using bioresources. Under this, coal is one. Coal is a fossil fuel formed when ancient plants get buried in the crust of the earth for million of years and are converted into peat.” Thus, going by BDA’S definition of a biological resource, coal is a genetic material of plants, he adds.

The MPSBB notices state that since the companies are using the biological resource, under BDA they are required to pay fee or share a part of the profit made from utilisation of such resources with the state biodiversity management committees (BMC) under directions from MPSBB (see ‘Empowered to conserve’).

In its notice, MPSBB has asked company officials to submit information regarding annual production, turnover and profit of different coalmines operated by them in the state since April 2005.

Section 40 of BDA states that the Central government can exempt companies from sharing the benefits of some biological resources that are listed as “normally traded commodities” with BMCs. The Centre can take the decision
in consultation with the National Biodiversity Authority (NBA) by notifying it in the official gazette. However, coal does not figure in this list because all these years it was never considered a biological resource.

The board’s step has huge implications for the mineral industry and its users. Every fossil fuel, be it petrol or diesel, is extracted from crude oil formed by decomposition of flora and fauna and contains their genetic material.

Responding to MPSBB’S notice, West -ern Coalfields Limited wrote back stating that coal is not a bioresource even by the definition of Biological Diversity Act. According to the company, since the 13th century, coal has been known as a combustible black or brownish black sedimentary rock that usually occurs in rock strata in layers, or beds of coal seams. Coal is composed primarily of carbon, along with variable quantities of other elements such as hydrogen, sulphur, oxygen and nitrogen. 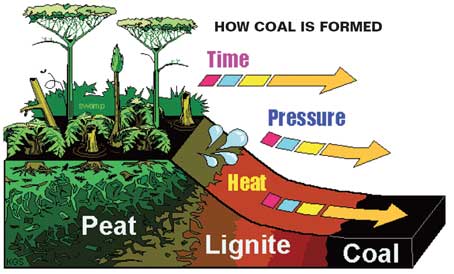 On March 20, MPSBB called a hearing of the coal company officials to clarify the issue. Sources in the board told Down To Earth that “the companies have sought more time pleading that the matter needs to be taken to much higher authorities and may require Central government’s intervention”.

Chandra Shekhar Dubey, head of the geology department, Delhi University, says the explanation for a biological resource is simple. “It is a product formed by the remains of plants, or in other words, a resource generated from once biological source”.

The debate is likely to intensify, warns Shalini Bhutani, legal expert and independent researcher on biological resources. “Interpretations of both the parties are correct. But the question is which one will be followed under BDA,” she says. “Sections 24, 36 and 41 of BDA are debatable as what comes in the ambit of BMCs, SBBs and NBA. Until NBA comes out with clear interpretations, it would be difficult for SBBs and BMCs to function with the powers vested in them by the law.” NBA chairperson Balakrishna Pisupati was not available for comments.

According to Bhutani, there is a possibility that the matter will go to the National Green Tribunal and a legal interpretation will come from the judiciary’s decision. MPSBB’s case of coal is going to be an acid test, she says. Interestingly, both the law and the NBA are mum on a lot of things related to biological resources. These are: the quantity of biological resource that could be extracted from an area, a clear formula for deciding the access and benefit-sharing protocol, and the percentage of the royalty from the beneficiary that should be retained by BMCs and SBBs.

At present, there are 26 SBBs in the country of which only about 15 are functional. These SBBs have 33,007 BMCs under them. SBB in Madhya Pradesh has over 20,000, the highest number of BMCs. Till now, only MPSBB has developed
a database for biological resources and an online system to access them for commercial and research use.

“In India, when one talks about biological resource, what flashes in the mind is forests and wildlife,” says Soni. “We have never tried to go beyond this narrow outlook which has resulted in huge exploitation of our bioresources. Our effort is an attempt to give back to nature what we are taking from it through conservation,” he says.

Even the Convention on Biological Diversity talks about just two aspects-ecosystem conservation and access to genetic resources. The interpretation of coal as a biological resource under the convention is contentious.

“The biggest hurdle for conservation is financial crunch,” says Soni. “Since BDA has given us the power to take royalty through access and benefit sharing, we are trying to get funds for undertaking conservation work for agro-biodiversity, forests and wildlife”.

MPSBB has signed a memorandum of understanding with a private herbal company which has agreed to share 2 per cent of its turnover under access, benefit and sharing. The amount would be given to the respective BMCs from where the plants are collected. Similarly, MPSBB has given notice to Minor Forest Produce Federation because they are doing tendu leaves business and their annual turnover is around `800 crore. “It’s payback time for both public and private industry now,” he says.

Consideration of projects of thermal power, steel sector, etc. for environmental clearance with sourcing of coal from dedicated coal blocks