Is India set for big shift in its energy mix? 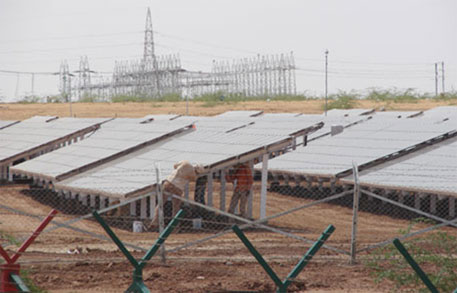 If recent plans of India’s energy minister, Piyush Goyal, were to materialise, India is set to witness a paradigm shift in its energy policy. Speaking at the sidelines of the World Economic Forum last week, Goyal announced plans for $250 billion investment in India’s power sector to meet the prime minister’s goal of 24/7 electricity for all by 2019.

Encouraging global and domestic investors to participate in the India’s new growth story, the minister for power and coal laid out his broad plans for the growth of the sector, with $60-70 billion investment in power generation and $20-25 billion in replacement of outdated equipments. Renewable energy was set to take a much larger role with $100 billion investments.

Although the overall target of $250 billion may seem ambitious, India’s 12th Five-Year Plan, in fact, had already envisioned an investment of Rs13 lakh crore (approx. $ 222 billion) towards the development of the power sector. Therefore, the key development in the minister’s announcement was not the magnitude of investments but rather the planned distribution of funds across the various options.

On the flip side, compared to fund allocations in the 12th Plan, renewables will more than quadruple. Considering an even distribution of investments between solar and wind energy, renewable energy capacity could increase from around 18 GW to over 75 GW as per the minister’s announcements.

Notwithstanding the promise of the above announcement, India’s energy planning has a dubious reputation of consistently overestimating capacity additions. The last few planning periods met just around half of their targets with the 11th Plan doing slightly better at around 70 per cent of its target additions. Additionally, India has one of the lowest per-capita consumption of electricity globally at one-fifth the world average (in 2011, as per World Bank). In order to meet the target of electricity for all and further provide this power at the basic levels comparable to the global average consumption, India would need to at least treble its power generation by 2022, a challenging task considering that power availability increased by only 28 per cent between 2010 and 2014. Therefore, though increasing renewable energy capacity is much desired, seeing the scale of improvements needed, the government needs to be pragmatic about its options towards meeting the very fundamental goals of electricity access in the country.