The North and South disagree on classifying logged timber. 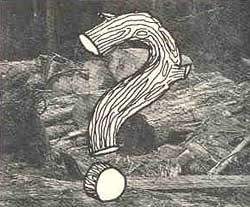 The proposal was not accepted because of fears that if forests no longer provided an, economic incentive for timber-producing countries, they would be cleared for other economic purposes. There was no consensus also on the I'sustainability" of commercial logging, which is to be reached by 2000.

However, Austria has unilaterally made labelling of tropical timber mandatory, rousing Malaysia's ire. The Austrian move was partly due to anticipation that failure to achieve selective bans will lead environmental NGOs to lobby for a total consumer boycott of tropical timber.

A motion was made to include temperate forests in ITTO's purview, but this was not acceptable to the North, which did not want its forests to be monitored by the international community. However, the meeting achieved little in fulfilling ITTO's main goals. According to an NGO statement issued on the last day, "Again, the meeting has been dominated by tortuous debate on project proposals, far.from adjusting the balance of ITTO's activities towards muchneeded policy discussion."