Is the government going to scrap the 12th Five Year Plan? 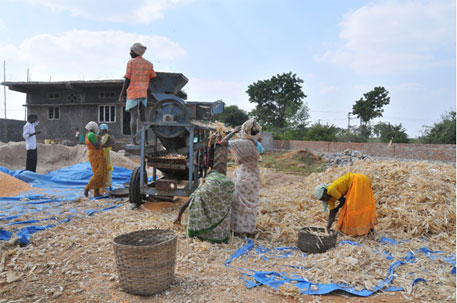 On February 6, the National Institute of Transforming India (NITI) Commission, which replaced the 64-year old Planning Commission, will conduct its first meeting. Sources have told Down To Earth that NITI will formally announce that it is dropping the 12th Five Year Plan, just two years before its completion. It is expected to dissolve one of the most widely-consulted plans and start afresh.

“No discussion or meeting related to the 12th Plan has taken place since the new government took over,” says an official who was one of the consultants for the new body. “The message is clear. The ministry has been directed to look after its planning and assessment.”

Prime Minister Narendra Modi had revealed that a new planning body would replace the Planning Commission during his Independence Day speech in August last year. On the last day of 2014, Modi constituted NITI, creating doubts over the future of the 2012-2017 Plan.

Bibek Debroy, economist and permanent member of NITI, said there is still a lack of clarity over a number of issues. “It is early to say whether there will be a total or partial annulment of the 12th Plan. What would be the alternative mechanism? The clarity will come only after its first meeting,” he says.

When contacted by Down To Earth, Arun Shourie, a senior Bhartiya Janata Party leader who has long been advocating against the Planning Commission, chose to remain silent over the issue.

Why 12th Five Year Plan matters?
The 12th Plan included, for the first time, vision documents for each sector which were prepared with the help of civil society organisations.

“Unlike earlier plans, the 12th Plan document was a clear shift to more inclusive and right-based development,” says Paul Diwakar of Wada Na Todo Abhiyan, a consortium of more than 400 non-profits.

Former member of the Planning Commission, Syeda Hameed, fears the Plan will be one of the first causalities of the dissolution of the commission.

“I have been told that concerned ministries are taking decisions on an ad-hoc basis. This is against the spirit of the vision documents of the Plan,” she adds.

Earlier, schemes were assessed every quarter or half –yearly to track their implementation. No such assessment has taken place in the last nine months. There is no entity or alternative plan in place. And the worst is that the huge cut in the health budget is against the spirit of 12th Plan.”

Abhijit Sen, professor of economics at Jawaharlal Nehru University in Delhi and member of the Planning Commission suggests that the new body must not discontinue certain good practices of the former body.

Even the previous UPA government was mulling a re-structuring of the Planning Commission. But the idea of scrapping the 12th plan vision documents has not gone down well with experts.

“The role of the Planning Commission should be looked into instead of scrapping of whole Plan,” suggests N C Saxena, former secretary of the Union Ministry of Rural Development.