Is water use sustainable?

No. In the last 100 years, global population tripled, but freshwater use increased sixfold 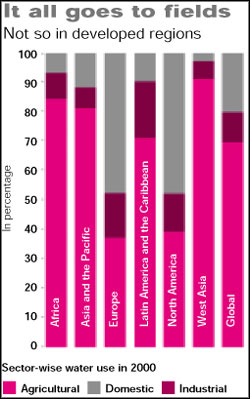 • 1.085 to 2.187 million deaths worldwide in 2000 due to diarrhoeal diseases can be attributed to unhealthy water and sanitation. 90 per cent of these deaths occur in children under five