The National Remote Sensing Centre of Indian Space Research Organisation (ISRO) has put out satellite images of the floods in Jammu and Kashmir. The images from RISAT 1 shows that heavy rainfall has resulted in floods in different parts of the state in September. The situation has been aggravated due to rise in the water levels in the river Jhelum. The affected districts include Anantnag, Pulwama, Badgam, Kulgam and Rajouri. 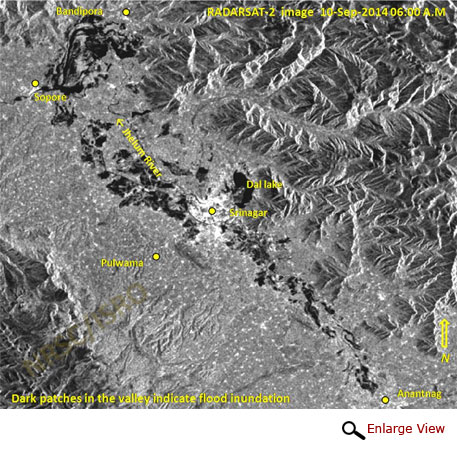 Flood progression and recession during 08-09, Sep 2014 in part of Jammu & Kashmir 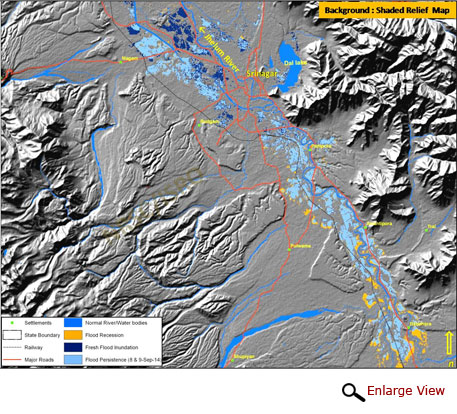 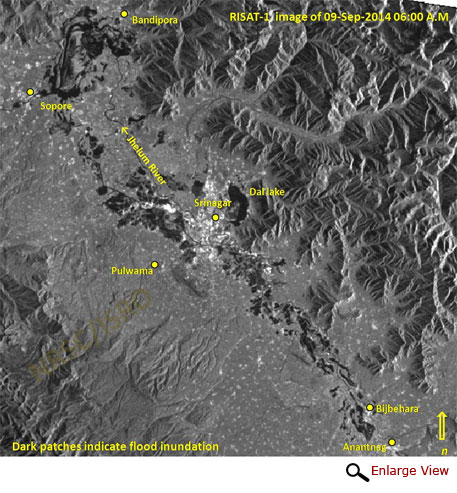