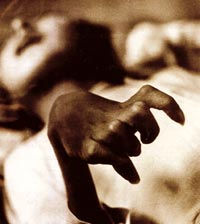 Justice delayed is indeed justice denied, but in this case it will have at least some benefits. Japan's Supreme Court (SC) has held the government responsible for the spread of the Minamata mercury-poisoning disease in the 1950s and the 1960s. The court ordered the government to pay US $650,000 in damages to 37 victims. This was the country's last pending lawsuit that sought to hold the government responsible for the crisis. The disease was caused by contaminated water from a chemical plant, owned by Chisso Corp, in Minamata city. It killed hundreds, disabled thousands and produced birth defects in many. The SC ruling on October 16, 2004, was its first judgement on fixing the government's responsibility in the outbreak and spread of the disease.

The court ruled that the government could have recognised the cause of the disease by late 1959: "It was deemed illegal that it failed to control the drainage on the basis of water-quality control law and other laws since January 1960." The case was filed by patients who left Minamata before 1959.