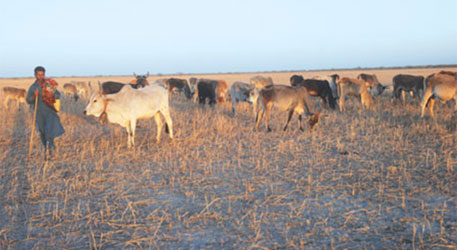 “We have confirmed that the deaths were anthrax-related after medically examining the blood samples of the deceased,” Sumant Mishra, director of the state health society told Down To Earth.

Six men and one woman died between October 20 and October 25 in Kuruchdega village.

The health department also administered doxycycline and ciprofloxacin antibiotics to all the 200 people residing in the village. “We are taking no chances as anthrax is extremely lethal and contagious,” Mishra added.

The state veterinary department planned screening of cattle in the village Tuesday onwards.

An advisory has been also issued to the residents of Kuruchdega and nearby villages to abstain from consuming non-vegetarian food till further notice.

The deceased villagers had apparently consumed beef, causing them to be infected with anthrax. Anthrax is caused by Bacillus anthracis, a lethal bacterium. It infects herbivores and humans.

A two-member medical team from the National Centre for Disease Control (NCDC) headed by Sheikh Hussain, a public health expert with expertise in animal-human interface, visited the affected village on Tuesday morning.

The NCDC team will monitor the village for a week.

Anthrax – Update on diagnosis and management