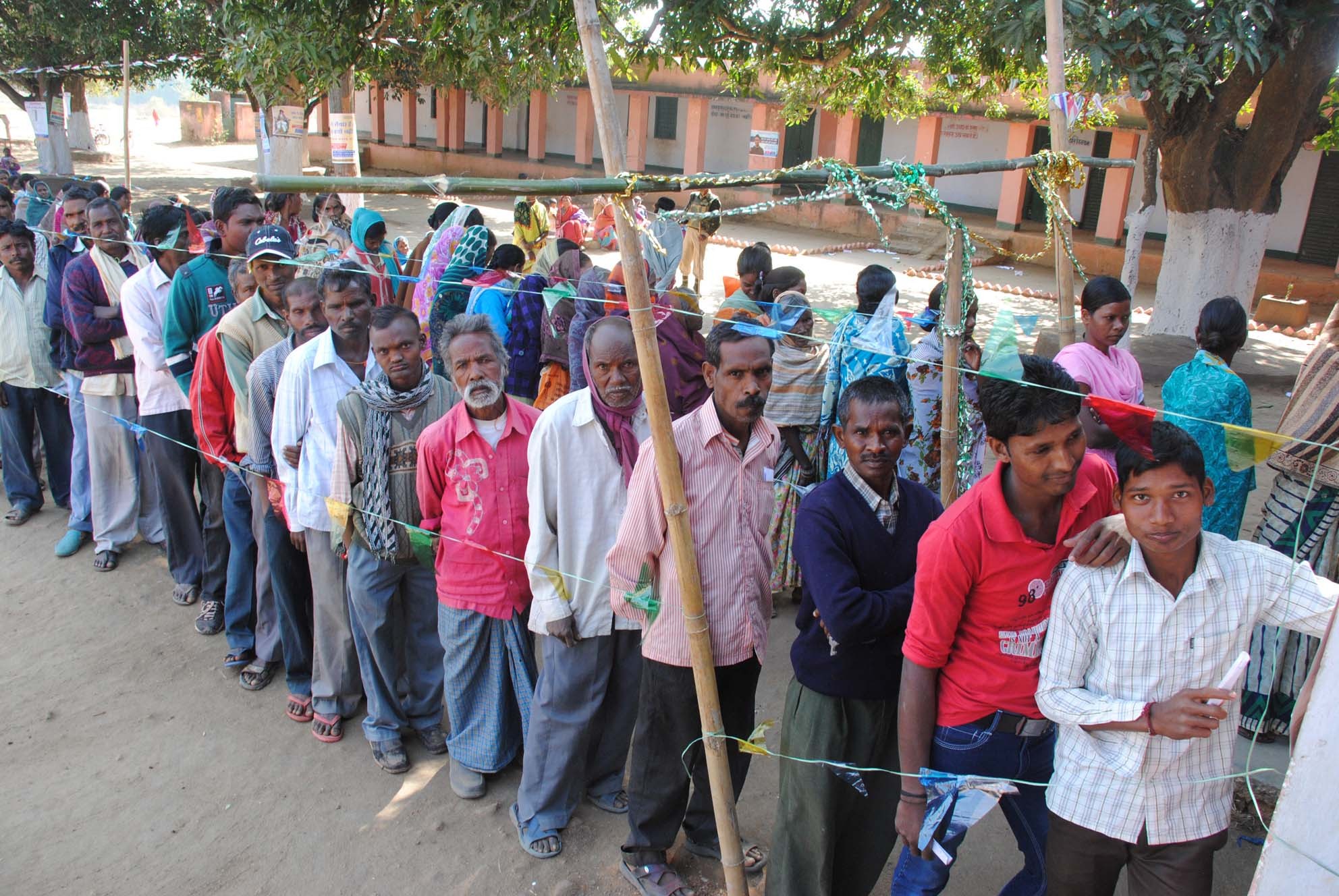 Even as election results are a few weeks away, political parties in Jharkhand have begun celebrating a different kind of victory. After the state recorded voter turnouts of almost 62 per cent in the first phase and 66 per cent in the second phase, parties are claiming they have won people’s confidence against the fear of Naxalism.

The high turnout has also raised hopes of a clear mandate, senior party functionaries said, with the highest polling of 76 per cent being recorded in Jagganthpur, a severely Naxalite-affected constituency.

Supriyo Bhattacharya, general secretary of Jharkhand Mukti Morcha (JMM), highlighted the efforts made by the Election Commission of India (ECI) and political parties to draw voters from their homes in such areas.

“The ECI’s effort in campaign awareness is commendable. At the same time, the JMM, BJP, Congress and JVM spearheaded the campaign in extremist-hit areas to bring people into the decision-making process,” he said. He added that political parties came together to denounce the anti-democracy stand of Naxals in the state.

Political parties in Chaibasa, Daltonganj and Latehar devised a “safe mode” election campaign in the Naxal stronghold. Candidates fearful of campaigning in these violence-prone areas decided to use posters on a large scale to motivate voters to reach polling booths.

Praveen Singh, spokesperson of Jharkhand Vikas Morcha (Prajatantrik) or JVM-P, told Down To Earth that almost all political parties told voters that Left wing extremist groups’ boycott of elections did not lead to development.

“Campaigning in these areas focused on asking voters to give political parties a chance. We congratulate BJP, Congress and JMM for their effective campaigning,” he said. JVM-P’s congratulatory note comes despite its political rivalry with the other parties.

In the Assembly elections of 2002, 2005 and 2009, people in Jharkhand had voted for a coalition government. This led to an extremely fragile power centre that could not reach any consensus on development policies.

T S Rawat, state in-charge of the BJP, claimed that voters, especially from tribal communities, shared a deep mistrust for political parties. Extremist groups would force tribals to boycott elections, but this time we have turned the tables, he said.

“We asked voters if the decades-long boycott of elections by Naxals had helped bring development to the area,” Rawat said.

The ECI revised the electoral list, by removing fake and dead voters, and spread awareness in these areas, contributing to the increase in polling percentage.

Four constituencies reserved for Schedule Castes—Kharsawan, Tamar, Jaganathpur and Saraikela which witness heavy Naxal activity—recorded the highest jump in polling percentages, from 55, 53, 61 and 56 per cent in 2009 to 71, 70, 76 and 68 per cent respectively this year.

At the same time, urban constituencies like Jamshedpur witnessed the lowest polling percentage in the second phase with only 58 per cent casting their votes.