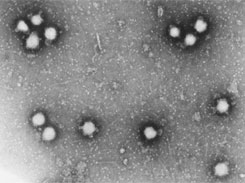 Yet another infectious disease has made its presence felt in India. Five cases of viral haemorrhagic fever have been reported from a private hospital in Jodhpur. One person died in the hospital on January 18, and another person who was air lifted to All India Institute of Medical Sciences (AIIMS) in Delhi, died on Wednesday, according to a release from the Union Ministry of Health and Family Welfare.

All these people work in the hospital. They reported high grade fever, their platelet count fell and they showed signs of haemorrhage. These symptoms can be seen in people suffering from Ebola, too, but these people did not have any history of travel to Ebola-affected areas. Both deceased patients tested negative for the pathogen. More samples have been sent to the National Institute of Virology, Pune.

A three-member team of experts from National Centre for Disease Control, Delhi, is investigating the outbreak in Jodhpur. The health authorities of Gujarat and Rajasthan have been alerted for a possible diagnosis of Crimean-Congo haemorrhagic fever.  This tick-borne disease has a case fatality rate ranging from 5 to 80 per cent. Both states had first reported this fever in 2010. During January 2011, Crimean-Congo hemorrhagic fever virus was confirmed in an outbreak in hospital setting in Ahmedabad city of Gujarat, India. In Gujarat, viral activity was seen in people and domestic animals like buffalo, cattle, goat and sheep during and after the outbreak in human beings. The disease can be transmitted to humans who handle infected animals, through tick bites or from one human to another through transmission of bodily fluids such as blood.