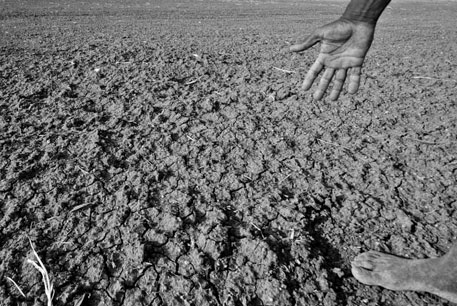 A special release by the India Meteorological Department (IMD) shows that the June of 2014 is one of the driest Junes since record keeping began in 1901. According to this release, India received a total of 85.8 mm of rain between June 1 and June 28. This is a departure of 42 per cent from the average rain for this month. An earlier release suggested that the rainfall between June 1 and 27 in the country was only 80.8 mm.

This is bad news for everyone, particularly farmers dependent on rainfed agriculture. India has received rains below 100 mm only three times before since 1901. In 1905, India received 88.7 mm of rain, in 1926, it received 97.6 mm and in 2009 when India suffered one of its worst droughts, the figure was 85.7 mm. 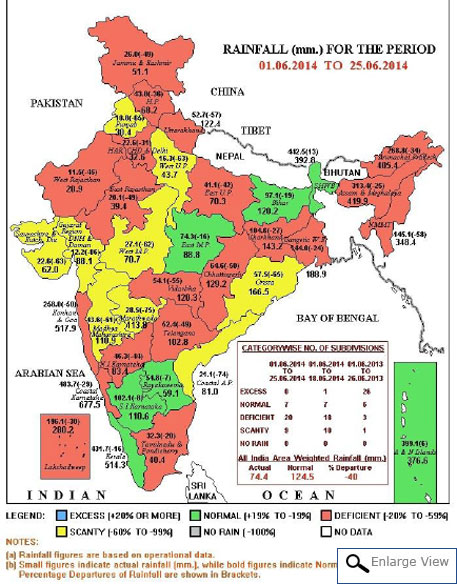 The final situation for June would be clear only when IMD releases the final rainfall figures for the month. The rains in the last couple of days could increase total rain for the month. At least, IMD has been quite optimistic about this. June, however, accounts for just 17 per cent of the total monsoon rainfall spread (June to September). IMD has predicted that rains in July and August would make up for the deficit.

Central India has been the worst affected by rainfall deficit this June. The region recorded rain deficit of -58 per cent between June 1 and June 28. North-west India is the next worst-affected region with -53 per cent rains.