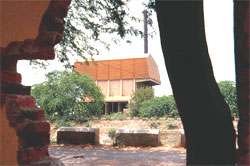 Finally the government has decided to scrap the much-hyped Timarpur plant which had become a white elephant. The move has been hailed by environmentalists, who have criticised the project for more than two decades. "Such a plant should not have been commissioned in the first place. It reflects the dark side of burn technologies. This is a moment both for reflection and celebration," said Bharati Chaturvedi, director of Chintan Environmental Research and Action Group. Technically known as the refuse incineration-cum-power plant and set up in the mid-1980s at a cost of Rs 22 crore, the plant was expected to generate power from Delhi's waste. But repeated attempts to make it work failed. Experts feel that the project never took off because the calorific value of Delhi's waste is very low. In March 2002, the Delhi High Court directed the Comptroller and Auditor General of India to conduct an enquiry into the failure of the plant and fix responsibility. Later, realising that the plant could not be salvaged, the Union ministry of non-renewable energy sources (mnes) decided to wind it up. "We will first try and sell the components of the plant and the rest will be sold off as scrap," revealed an mnes official.