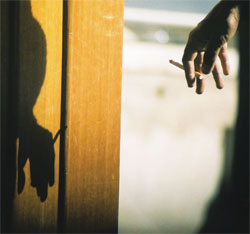 A new study has found that getting motivational text messages can help smokers quit the habit.

The study published in the Lancet found smokers are twice as likely to give up cigarettes when receiving the motivational texts.

Motivational texts included encouragement up to the actual quit day, and help dealing with craving. The craving text read, “Cravings last less than five minutes on average. To help distract yourself, try sipping a drink slowly until the craving is over.”

On the basis of these results the motivational texts intervention should be considered as an addition to existing smoking cessation services, the study’s authors said.