Killers in the air 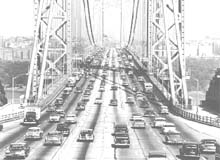 a large study of 90 cities in the us confirms the relationship between pm 10 - airborne particles smaller than 10 microgrammes in diameter - and total mortality linked with cardiovascular and respiratory deaths. The study, conducted jointly by the Johns Hopkins University School of Public Health and the Harvard School of Public Health, clearly establishes that there is a 0.5 per cent increase in mortality for each increase of 10 gramme per cubic metre (g/cum) in pm 10 levels. For cardio-respiratory deaths, the effect of pm 10 is somewhat greater than it is for total mortality.

The study is significant as it establishes beyond any doubt that particulate air pollution is the main factor in death and disease caused by air pollution, as several studies have pointed out in recent years. It also removes all doubts that these associations could be due, in part or completely, to air pollutants other than pm 10. One limitation to the previous studies was that the evidence was derived from studies conducted in single locations using diverse and analytic methods. These studies were also not able to account for the effects of gaseous air pollutants in a systematic manner.

Jonathan Samet and his colleagues at Johns Hopkins University assessed the mortality risks associated with pm 10 and other combustion-related criteria pollutants: ozone, nitrogen dioxide, sulphur dioxide, carbon monoxide. They first conducted an analysis for 20 cities, where they have provided detailed findings on all pollutants, combining evidence from across the cities to estimate the effects of individual pollutants. The investigators first estimated the risk in each city using the same method and then combined these results systematically to draw more information than any single city could provide. These analyses were then extended to a data from 90 cities, which was used to explore heterogeneity of effects across broad geographic regions. The 90 cities were selected to encompass the largest locations with the largest number of deaths.