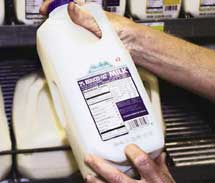 Rekindling the debate over the interference of politics in scientific research, the us National Academy of Sciences (nas) disregarded the caution of the us Health and Human Services Department (hhsd) and published a report on June 28, 2005, on the possibilities of the country's milk supply being poisoned by botulinum toxin. Authored by Lawrence Wein and Yifan Liu of Stanford University, California, the study elucidates how even a small amount of botulinum, a potential biological weapon forged from bacteria, can poison as many as 500,000 people. It also suggests ways to avert the danger: better pasteurisation, careful sampling and increased security.

hhsd believes the publication might provide new ideas to attackers. It had forced nas to withdraw an embargoed media release of the study in May 2005. Subsequently, nas held a meeting with officials to discuss the issue of confidentiality of research related to biological or chemical warfare. "The nas Council decided to publish the article...accompanied by an editorial to make clear our reasons for doing so," says nas president Bruce Alberts.