The Bandra-Worli sea link, connecting the suburbs with south Mumbai, has not solved traffic problems. Cars exiting at Worli have to slow down, turn left and negotiate a roundabout. The road was opened to traffic on June 30 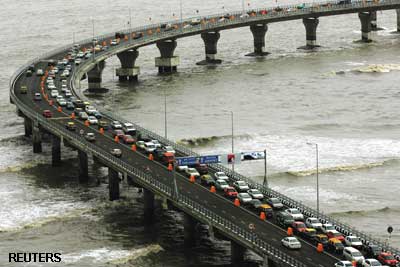 THE Delhi airport is getting its swanky makeover with illegally extracted groundwater that is used for construction and other purposes. The private consortium operating the airport, Delhi International Airport Limited (DIAL), is extracting 9 million litres of water a day (MLD) without permission from the Central Ground Water Authority (CGWA), said Aditya Singh, scientist with Delhi government’s department of environment. The airport is also dumping the five million litres of wastewater, generated every day, into the sewer lines, officials said. This is a violation of the water reuse norms of the Union ministry of urban development—a 2001 notification of the ministry states buildings that generate more than 10,000 litres of wastewater a day should treat and reuse it. The violations notwithstanding, DIAL bagged the Greentech Gold Award for excellence in environmental management last year. The award is given by a non-profit, Greentech, promoted by corporate houses and government departments. Earlier this year on January 28, the Delhi Pollution Control Committee, had directed the airport management to obtain the requisite permission from CGWA to extract groundwater and treat wastewater for reuse in toilets, cooling towers and for horticulture. DIAL is yet to comply with this directive, said members of the Airport Environment Management Committee set up by the Airports Authority of India. “DIAL has been told to recycle all wastewater and reuse it to reduce dependence on freshwater,” a committee member said. The airport managers have disputed Delhi government’s assessment on the wastewater generated. DIAL’s spokesperson said only 4 MLD wastewater is generated. But consider this: the airport consumes 9 MLD water. So the actual wastewater it generates is 7.2 MLD (80 per cent of 9 MLD) and not 5 MLD as claimed by the state government or 4 MLD as claimed by DIAL. The DIAL spokesperson said a sewage treatment and water recycling plant with a capacity to treat 13 MLD wastewater is being set up. He claimed wastewater discharge would be zero by 2010. These measures may prove insufficient when the airport expansion is completed in 2030. By then the airport is expected to handle 100 million passengers a year against 23 million now. The projected water requirement in 2030 would then be 19.17 MLD and the wastewater generated, 15.34 MLD. 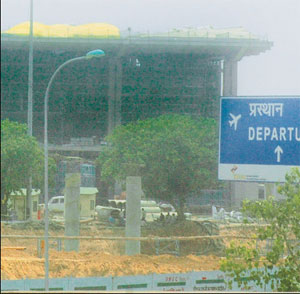 The discharge would be 2.34 MLD more than what the proposed treatment plant would be able to handle. Ã”Ã»Ã¡