Could speed up decline of the crop in the region 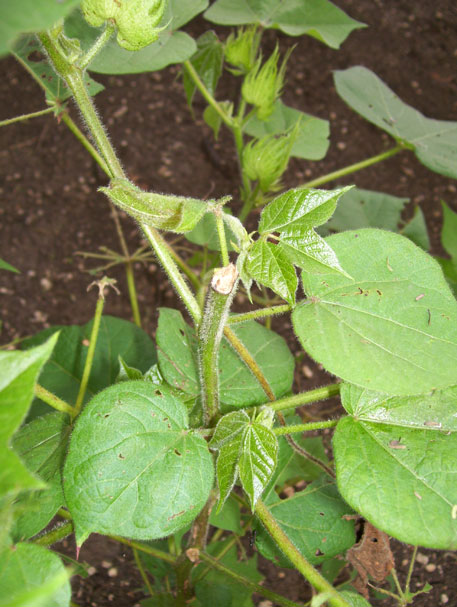 The soybean crop in Maharashtra has taken a second major blow this season due to large scale germination failure all over soy-growing Vidarbha, Marathwada and Khandesh regions in the state.  Earlier, a severe seed crunch brought on by last year’s large-scale crop failure had already brought down the sown area of soybean in the state from an average of 2.8 million hectares (ha) to less than half—just about 1.35 million ha, state sources in the agriculture department.

Lab tests carried out by seed testing laboratories located in Nagpur, Pune and Parbhani reveal that 80 per cent of the 5,776 seed samples tested till date showed germination failure. This unprecedented failure is being attributed to agriculture department’s recommendation that farmers use their left-over soybean crop as seed in view of the seed crunch. “Soy seed is a very delicate product and the slightest damage to the seed coat can destroy its germination power,” says Shetkari Sanghatana leader from Wardha Vijay Jawandhia. “Farmers are so habituated to market seeds that they have lost their seed-saving skills completely. This failure was only to be expected.”

While no comprehensive report on the exact extent of germination failure is available yet, reports coming in from different districts show that the scale is alarming. In Usmanabad district, less than 30 per cent seed has germinated, while in Latur the failure scale is 90 per cent, say representatives of Shetkari Sanghatana. In the eight districts of Marathwada, some 842 complaints of germination failure have been received till date, and more are coming in daily, revealed a source in the agriculture department. In the Washim and Buldhana districts of Vidarbha, the germination failure is more than 50 per cent, said Washim zilla parishad member and noted farmer leader Gajanan Amdabadkar.

Beginning of the end of the soy boom?

Due to the delay in monsoon this year, the failure is likely to hit soy production even harder, because re-sowing is not possible any longer. “Under normal circumstances, the soybean crop should have started flowering by now,” says Neelesh Kamalkishor Heda of the Washim-based non-profit, Samvardhan, which runs a farmers’ producer company. “Sowing more soy at this time of the year will yield no results,” says he.

While on the one hand this would mean a big problem for farmers who will have to figure out what to sow instead of soybean, the production of soybean in the state is itself is expected to take a huge blow. Farmer groups feel that this huge set-back could bring down the acreage of soybean in the state not just for this year but for many years to come. “Already soybean is riddled with problems,” says Heda. “In the past few years there have been repeated crop failures due to inclement weather, and farmers are reporting a drop in productivity with every passing year.”

The phenomenon is not limited to Maharashtra, says Jawandhia. “In the districts of Itarsi, Piparia, Bhopal and Vidisha, which comprise the soy belt of Madhya Pradesh, farmers are returning to paddy because soy yields are now falling yearly even in normal weather conditions.” One of the reasons, says Jawandhia, is the soil degradation brought on by large scale monoculture of the crop. “The scientific community says that soy is a soil-enriching crop because it is a legume and hence associated with nitrogen fixation and high leaf-fall, but practical experience is proving otherwise,” says he. “Soy is also a high nutrition-demanding crop, and soil degradation is showing up in areas dominated by this crop.”

Amdabadkar gives the soy crop another few years at the most. “Farmers are going for soy only because it fetches a good price,” says he. “But production decline will make it unsustainable in the next few years.”

Heda says that in Washim district, most farmers are thinking of extending the area of the pigeon pea (tur) crop in areas where soy has failed. “This will save the land from remaining fallow,” says he. “But since it is a long-duration crop, farmers will be deprived of the early returns that the soy crop provides. This could lead to more indebtedness.”

Agriculture department sources say that farmers are now being encouraged to plant maize to make up for the loss of the soy crop. “Corn cobs (bhutta) are now commanding a price of Rs 2-3 per piece in the whole-sale market,” says an official, “and the crop residue will make up for the fodder crunch brought on by the soy crop failure.”