Indian engineers have developed a laser-based alignment system, which have the high level of precision essential for installing sophisticated machinery and ensuring its optimum functioning. 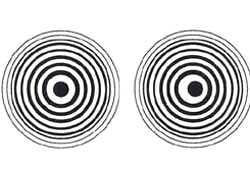 WHILE constructing a wall, masons ensure with the help of a plumb line that bricks are aligned vertically, for otherwise, the wall could fall. But conventional methods of alignment using instruments such as spirit-levels and plumb-lines are time-consuming and error-prone. They also cannot meet the level of precision required while aligning parts of sophisticated machinery such as linear particle accelerators, turbines and generators, so as to ensure friction and vibrations are kept to a minimum and ensure optimum functioning of the equipment. But now, Indian engineers have developed state-of-the-art alignment technology by fabricating the country's first indigenous laser-based alignment system that helps to align objects.

"Our system is much cheaper than those being imported. While the imported apparatus costs us a little more than Rs 25 lakh, we can produce five of our own with the same kind of money, and of comparable quality, too," says Chandrashekhar, a professor at the instrument design and development centre of the Indian Institute of Technology in New Delhi, who developed the system along with U M Chaudhari, an engineer with Bharat Heavy Electricals Ltd.

But two key components of the system -- a helium-neon laser and a telescopic lens -- will still have to be imported at a cost of about Rs 40,000.

The system, developed at BHEL's corporate research and development unit in Hyderabad, was recently chosen for the National Development Research Council award. It uses a laser beam that passes through a symmetrical circular grid, producing a corresponding symmetrical pattern. This pattern falls on another similar sensory grid. If the two grids are aligned, a symmetrical pattern known as a moire pattern is formed. If the grids are not aligned, a distorted moire pattern forms, which can easily be detected by the naked eye. The degree of misalignment can then be measured using a micrometer.

"Even without the sophisticated electronics used by other systems, this device is more sensitive than imported machines uptil a certain distance," says Chandrashekhar. For instance, he explains, if the two objects to be aligned are placed 5 m apart, the instrument can detect a deviation of as little as 0.005 mm, while imported machines cannot detect deviations of less than 0.025 mm.

But Chandrashekhar's system cannot align objects placed more than 10 m apart. The long-distance aligning accuracy is limited by the tendency of the laser beam to swerve. The narrower the beam, the more it wanders as distance increases. Imported machines use narrow beams that can align objects upto a distance of 15 m, but they cannot detect a misalignment of less than 0.25 mm at this distance. "We have used a wider beam -- with a diameter of 30 mm -- and hope to extend the range by another 20 m, while maintaining higher accuracy," Chandrashekhar explains.


Besides, the indigenous device has a unique facility not offered by any other alignment system -- it enables the operator to align three objects simultaneously. With some modifications, the instrument can even be used to measure temperature. For example, if a burner is placed between the two grids, the surrounding air is differentially heated, affecting the diffraction of light and resulting in characteristic moire* patterns depending upon the temperature.

BHEL intends to manufacture the units on a large scale and sell them to various industries. Says P V Bhat at BHEL's Corporate R&D outfit in Hyderabad, "The technology is ready for commercialisation and one system is already in operation at our Hardwar unit."