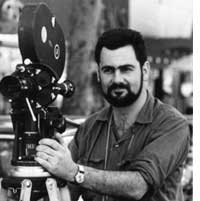 In 1973, Leonardo Henrichsen turned his film camera on the soldier who was aiming at him and held it steady until he was shot to death. But the justice system never caught up with the killer of the Argentine journalist, murdered in Chile while he was filming a military uprising.

Immediately after the incident, a coup d'tat against President Salvador Allende (1970-1973) ushered in the 17-year dictatorship (1973-1990) of the late general Augusto Pinochet.

Thirty-three-year-old Henrichsen was among the civilians dead in the violence. A feature film of his story has just been released "It's a paradox that despite the evidence of Henrichsen's film it has taken so much time for the killer to be named," said Andrs Habegger, the director of Imagen Final (Final Image), the film about Henrichsen's death.

He believes the film has more than historical value. "It makes the point that certain people don't want tecords of the painful past to survive."