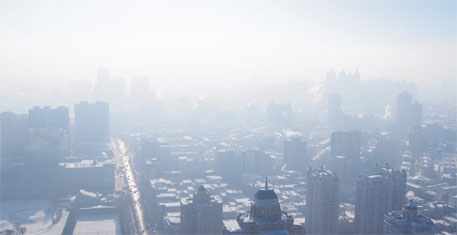 Commentaries in two of China’s most influential news media suggesting that the country’s air pollution crisis was not without a silver lining drew flak from Internet users. In online commentaries on December 9, tabloid Global Times said smog could be useful for the military as it could obstruct the path of missiles, while state broadcaster CCTV listed five “unforeseen rewards” of smog, including an improved sense of humour for the Chinese people. Both pieces have been deleted from the websites, but criticism continues. “Is the smog supposed to lift if we laugh about it?” wrote the Beijing Business Today. The Dongguan Times said the comments were so bizarre people didn’t know “whether to laugh or cry”.