The report, sent to the law ministry, also contains a draft law with provisions to eliminate discrimination 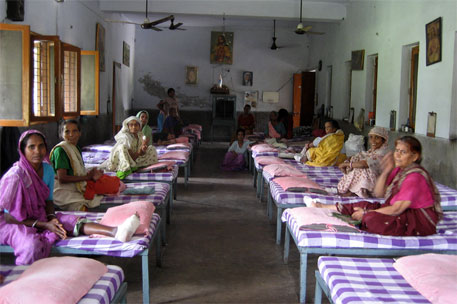 Law Commission of India has suggested, in its latest report, that leprosy patients be given land rights in their villages and that discriminatory provisions in various personal laws (except in the Lepers Act, 1898) be repealed.

On Tuesday, the commission sent its report, titled “Eliminating Discrimination Against Persons Affected by Leprosy”, to the Union Minister of Law and Justice. The report also contains a model draft law to eliminate discrimination faced by persons affected by leprosy.

Though leprosy may cause irreversible disabilities, with medical advances, it is now a completely curable disease. However, a major obstacle is the social stigma associated with leprosy, and many persons continue to be cast away by society. The commission says even Indian laws continue to directly and indirectly discriminate against such persons.

The draft submitted by the commission contains a range of issues, including repeal and amendment of some personal laws, measures against discrimination, right to employment and appropriate use of language restricting any discrimination.

Promoting the right to freedom of movement, the draft law proposes that persons affected by leprosy be guaranteed the right to travel in public transport and obtain a driving licence.

The commission also suggests measures like right to access healthcare, adequate housing, education, employment and other such basic amenities.

It further says that persons affected by leprosy are usually made to relocate to “leprosy colonies” in India, but they do not have land rights, and are constantly under fear of eviction. The commission recommends that title and ownership of property in leprosy colonies should be legalised, and if land rights cannot be given, alternative settlement options must be explored.

In 2014, India had the largest number of new leprosy cases globally (58 per cent). From 2005 till 2014, the National Leprosy Eradication Programme (NLEP) recorded a rate of 0.12 million to 0.13 million new cases every year. A majority of these are children, who are threatened with isolation and discrimination at a young age.

After signing and ratifying the United Nations Convention on the Rights of Persons with Disabilities, 2007 (UNCRPD), the Indian government has taken no action to modify or repeal any leprosy laws, or to eliminate discrimination against persons affected by leprosy, says the report.