Most say it calms traffic, some claim threatens pedestrians’ safety

A DISPUTE has erupted on the streets of New York. It is about the streets themselves. Bike lanes, to be precise.

A bike lane was installed in Brook-lyn area on residents’ request in 2010. But on March 7 this year a section of the residents filed a lawsuit in a city court against the city’s transport department and its commissioner Janette Sadik-Khan, seeking removal of the lane installed along the street Prospect Park West. They say shortfalls in design of the two-way lane put pedestrians and bikers at constant risk of collision.

In the lawsuit filed in the New York State Supreme Court, the petitioners stated lack of public approval for project, and questioned the lane’s utility and necessity of traffic-calming measures. The final hearing of the lawsuit will take place on May 18.

The lane was constructed last July. In 2009, 1,300 people living around Prospect Park West had petitioned the department to tackle chronic speeding at the site, and provide pedestrian and bike-friendly infrastructure. The dep-artment proposed to install a two-way bike lane (see box). A Brooklyn residents’ representative body, Community Board 6, approved the plan, paving way for the lane. More than a year later in October 2010, Community Board 6 conducted a survey to gauge people’s reaction to the lane. Fifty four per cent of the 3,150 respondents said it had reduced speeding incidents; 73 per cent agreed the stretch offered a safe place for biking, while 22 per cent opposed the project.

Similar sentiments were expressed during a meeting of Community Board 6 held soon after the lawsuit was filed. Out of 400 attendees, 350 said the lane fulfilled its objectives. “Community involvement in planning such projects has been the key to the strong public support for bike lanes,” says Caroline Samponaro, director of Bicycle Advocacy, a part of non-profit Transportation Alternatives in New York. Eric McClure from non-profit Park Slope Neighbors, which has been involved with the bike lane project since its conception, dubbed the accusations lodged by the opponents of the path as “complete red herrings”.

They are more concerned about the aesthetic changes in the area, he says. As per research by the department, the path has tripled bicycle count in the area. Number of bicyclists encroaching footpaths has become negligible from the earlier 46 per cent. Speed limit violations have reduced from 75 per cent to 20 per cent. Findings by Park Slope Neighbors indicate similar results. 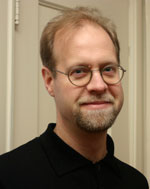 How did the bike lane project start?

We called for the redesign of Prospect Park West in February 2009 to calm traffic in the street. A campaign was launched in which 1,300 people signed a petition asking the city’s transport department to replace one of the three lanes from the street with a protected two-way bike path. Community Board 6 endorsed the project and it was implemented in July 2010.

How valid are the allegations in the lawsuit?

The lawsuit has no merit. Facts do not support the allegations made in the lawsuit, and the alleged "compromises" they have put forth could put people at risk. The transport department has done sufficient community outreach, data collection and reporting for this project.

What are the repercussions of the lawsuit?

The lawsuit has fuelled a media bias against cycling. People opposing the bike lane are trying to show that something untoward is happening between officials of the transport department and bike proponents. On the other hand, the frivolousness of the lawsuit has also encouraged some people who were earlier not actively involved in the campaign to rally to the cause.

What is the motivation behind this lawsuit?

It represents an unwillingness to accept change. It is very clear that the people most vehemently opposed the bike path object because of the aesthetic change to Prospect Park West. I'm convinced they will eventually get used to it.