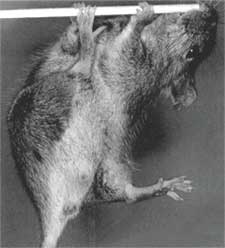 WHEN Robin Lovell-Badge of National Institute for Medical Research, London, discovered the ultimate genetic source of masculinity -- the male gene -- thus ending a thirty year search, he commented, "The next steps are the difficult ones, to identify the genes with which Sry (sex-determining region of y gene) interacts, those that turn it on and off in such a dramatically short period, and those that it in turn regulates."

Even while the master switch was identified, how the Sry accomplishes this feat has still remained unclear. Now a team of scientists from the Jackson Laboratory, Bar Harbour, Maine, us, have just announced the discovery of the location of three genes whose co-operation is needed for the master switch to steer the embryo towards a masculine destiny. Eva Eicher and colleagues have reported in Nature Genetics (Vol 14, 1996) that the protein made by Sry binds to dna so it may turn other genes on and off.

Badge and Peter Goodfellow from the Imperial Cancer Research Fund, London had announced their results in Nature in 1991 that they have identified the 35 kilo base pairs of dna that switches mammalian development from its usual destination, the female, to the male. By a simple experiment they showed that when female mice embryos carrying the normal pair of x chromosomes are injected with y chromosome dna containing the Sry gene they grew up as males. Eicher's team made use of a male strain of mice called b6 in which the y chromosome carries a version of Sry that does not function normally. Chromosomally male b6 mice with this 'weak' chromosome can develop ovarian tissue eventually becoming hermaphrodites or females. Interestingly, when the same chromosome was present in other mouse strains, it was found to function quite normally. Which suggests that the genes in the b6 mice that normally help the protein made by Sry do its job are incompatible with this unusual version of the gene.

Eicher led the hunt to locate the as yet unknown uncooperative genes by mating the specially bred females, half of whose chromosomes came from b6 mice with a b6 hermaphrodite. The researchers knew that if there was only one uncooperative gene outside the y chromosome, half of the chromosomally male offspring of the cross should develop ovarian tissue. But it turned out that of the 250 male offspring, only 28 were hermaphrodites and the rest were normal males. Going essentially by the ratio of males to hermaphrodites, says Eicher, there are at least three other genes that co-operate with Sry in male development. With collaboration of David Page and his colleagues from the Whitehead Institute in Cambridge, Massachusetts she examined the chromosomes of the hermaphrodites from the cross. The joint British and American efforts have shown that certain regions of the b6 chromosomes 2, 4 and 5 were unusually common, suggesting that this is the location where the three uncooperative genes lie (New Scientist, Vol 152, No 2050).