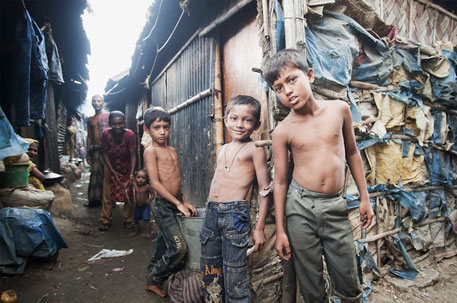 The Least Developed Countries, or LDCs, cannot meet development goals if they continue to be trapped in the vicious cycle of poverty, observes a report of the United Nations Conference on Trade and Development According to this report, the success of the development agenda under the UN-led Millennium Development Goals (MDG) will depend on the progress made by these countries.

The “Least Developed Countries Report 2014”  calls on the international community to learn from the failures of the world’s poorest nations despite registering strong economic growth—a phenomenon called the “LDC paradox”.

The UN puts 48 countries under the LDC category, including Afghanistan, Bangladesh, Bhutan, Liberia, Myanmar, Nepal, Somalia, Sudan, Uganda and Yemen. The criteria to recognise an LDC are per capita income, human assets and economic vulnerability.

A UN press release  quoting UN figures says that LDC growth exceeded the internationally agreed target of seven per cent from 2002 to 2008. But only one country, the Lao People’s Democratic Republic, is on track to achieve seven of the MDG targets, one of which is eradication of poverty by 2030. The LDC economies will prove to be the most challenging in the post-2015 development framework because of the vicious economic cycle in which they are trapped at the moment.

The core of this framework should be a virtuous circle between economic and human development, the report says. It highlights three key policy priorities for LDCs, which include mobilising resources for investment, directing these resources towards transforming economies and establishing macro-economic policies that promote investment and demand growth, the press release states.