As palliative for AIDS 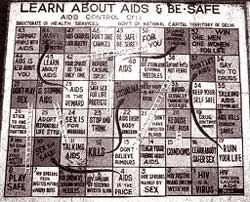 recent cases, such as the one in Uttar Pradesh in which an hiv-positive woman was denied treatment during pregnancy, or that of the woman who was killed in Andhra Pradesh on the mere suspicion that she had contracted the disease, have underscored the need for corrective action. Now, the groundwork in being laid for a law with twin objectives: restoring the rights of people suffering from hiv/aids, and checking the spread of the disease. The proposed law would be unique in that it will draw upon the experience of the aids-afflicted to sensitise others about the disease as well as protect them from it.

Consultations have already begun in this regard and are being coordinated by Lawyers Collective, a Mumbai-based non-governmental organisation (ngo). The effort is backed by the National aids Control Organisation (naco), which comes under the Union ministry of health and family welfare. hiv-positive people and other vulnerable sections participated in the first two meetings in Mumbai and Delhi. Regional discussions would now take place where women's organisations, healthcare bodies, trade unions, management groups, law enforcement agencies and educational institutions would present their views. The information would then be integrated into the draft legislation.

Unlike the new aids law, the existing legal framework is rigid and does not permit interventions. For example, drug users tend to stash needles in a common place because possession of syringes could land them in prison. And since injections are smuggled inside jails, they are always in short supply. These deterrents end up promoting needle sharing, thereby increasing the risk of the disease.

Representatives from this group suggested that needle exchange programmes and use of oral substitutes could stem the scourge. The background material compiled by Lawyers Collective shows that while naco advocates these two methods, the Narcotic Drugs and Psychotropic Substances Act, 1985, does not allow such interventions to be carried out. "Formulating a law which recognises this contradiction will ensure that the police deal judiciously with hiv/aids patients," feels Greg Manning, project officer with Sharan, a Delhi-based ngo.

Homosexuals are another vulnerable section which would benefit from the law. Under the Indian Penal Code, sexual activity between men is a criminal offence. As a result, the group generally cannot avail itself of medical facilities or information that could protect it from the disease. According to the draft document, the rules should be amended to provide succour to this section.

The Immoral Trafficking Prevention Act, 1986, too, has a negative aspect. It stipulates that women carrying condoms can be apprehended for promoting flesh trade. This, in effect, takes away from sex workers their right to practice safe sex. Lawyers Collective opines that the control of sex workers over their working conditions is essential for the success of any hiv/aids prevention programme.

The proposed law also aims to solve the problem of access to antiretroviral drugs through options such as compulsory licensing and price control. Some of the other issues within its ambit are confidentiality of infected people to ensure that they are not discriminated against, and blood safety. "If you help hiv-positive people, you help in controlling the spread of the disease," asserts Vivek Divan of Lawyers Collective.

It is quite apparent that the framing of the new legislation would be a long-drawn-out process since it will necessitate several modifications in existing laws. "The changes are necessary considering the high level of discrimination hiv-positive people have to face," says member of parliament Kapil Sibal. Anjali Gopalan, director, naz Foundation (India) Trust, a Delhi-based ngo, exudes hope: "Once the law is in place, the people would have some place to turn to."