Rare species are essential for the survival of ecosystems 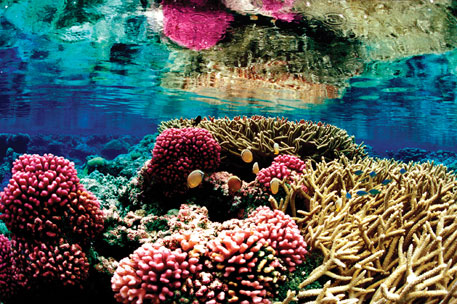 THERE is a fear that human-induced collapses of populations and species could trigger a sixth mass extinction. It is expected that rare species would be the first to disappear. As rare plant and animal species are low in numbers, it is commonly believed that their role is limited to contributing to the diversity of an ecosystem. Their functional importance within these ecosystems has been largely unknown. It was assumed that rare species play similar roles within an ecosystem as their common neighbours but have lesser impact due to their low numbers.

But a recent study has shown this is not so. Researchers at the University of Montpellier in France analysed the extent to which rare species in three different ecosystems—coral reefs, tropical forests and alpine meadows— performed. They found that most of the unique and vulnerable functions, carried out via a combination of traits, were associated with rare species.

Examples of rare species that were found by the researchers to perform vulnerable functions include the giant moray eel (Gymnothorax javanicus), a predatory fish that hunts at night in the labyrinths of coral reefs, and pyramidal saxifrage (Saxifraga cotyledon), an alpine plant that is an important resource for pollinators. Another one is Pouteria maxima, a huge tree in the rainforests of Guyana, which is particularly resilient to fire and drought. Not only are these species rare, they also have few functional equivalents among the more common species in their respective ecosystems, according to the research published online in PLoS Biology in May 2013.

Lead researcher, David Mouillot, says rare species are more vulnerable and serve irreplaceable functions. Therefore, preservation of biodiversity as a whole—not just common species, but all those who perform vulnerable functions —appears to be crucial for resilience of ecosystems. “Our results suggest that the loss of these species could heavily impact functioning of their ecosystems. This calls into question many current conservation strategies,” says Mouillot. “This calls for new experiments to explicitly test the influence of species rarity and uniqueness of combinations of traits on ecological processes.”