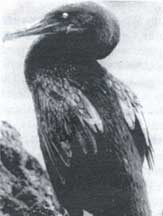 IN THE struggle for existence, the feathered creatures are losing out to the denizens 6f the deep. Every year, Scotland carries out licenced. killing of at least a thousand wild birds to save salmons. Conservationists claim that there is no scientific justification for the cull. The Scottish Office (so) is under fire for obliging fisherfolk by permitting more birds to be shot than in England and Wales. The so fisheries department has issued 568 licences to fishing organisations to kill 4,946 goosanders, 3,730 mergansers and 4,420 cormorants over the past 13 years. "There is no proof that these birds do serious damage to fish stocks," said Ray Murray, president of the Scottish Ornithologists' Club.

The Royal Society for the Protection of Birds (RSPB) has accused the so of holding back scientific evidence on which it decides to grant applications for licences. "We fundamentally question whether this is justified," said Ian McCall from the RSPB in Scotland. The so dismissed the charges made by ornithologists, saying that licences were issued "to prevent serious damage to fisheries".