‘Christian left’ is reviving in America, appalled by treatment of migrants

American Christianity is more often associated with right-wing politics. But there’s always been progressive Christian activism in the United States 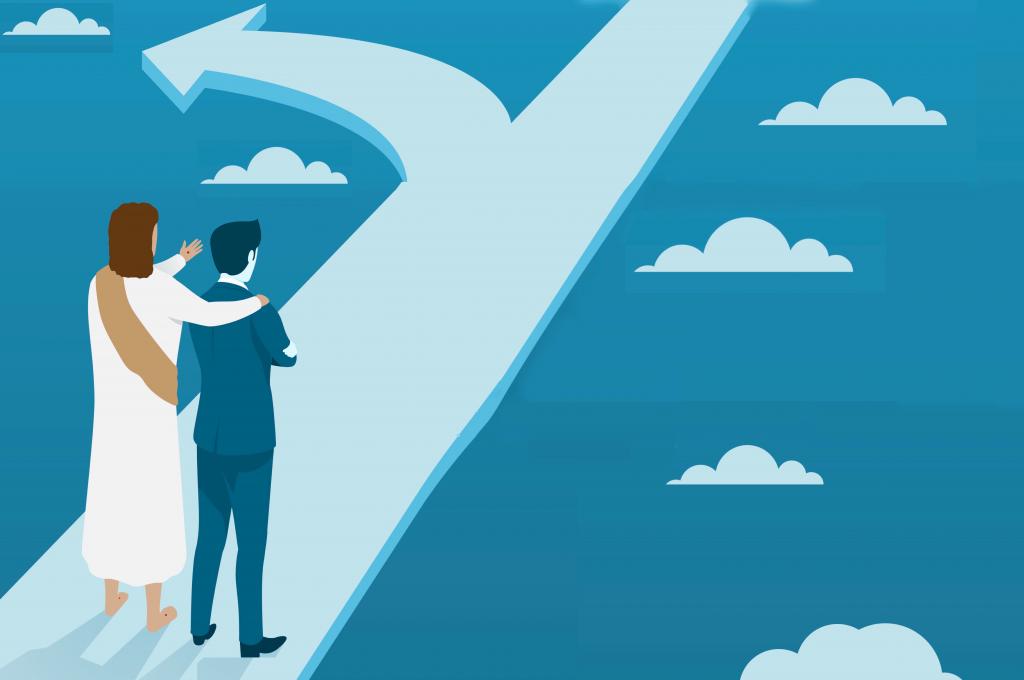 Holding pictures of migrant children who have died in U.S. custody and forming a cross with their bodies on the floor of the Russell Senate Office Building, 70 Catholics were arrested in July for obstructing a public place, which is considered a misdemeanor.

The protesters hoped that images of 90-year-old nuns and priests in clerical collars being led away in handcuffs would draw attention to their moral horror at the United States’ treatment of undocumented immigrant families.

American Catholics, like any religious group, do not fit neatly into left-right political categories.

But ever more they are visibly joining the growing ranks of progressive Christians who oppose President Donald Trump’s anti-immigrant rhetoric and federal agencies’ negligent, occasionally deadly treatment of immigrants on his orders.

But there’s always been progressive Christian activism in the United States.

I have studied religious thought and action around migrants and refugees for some time – including analyzing the New Sanctuary Movement, a network of churches that offers refuge to undocumented immigrants and advocates for immigration reform.

Black churches were central in the civil rights movement in the 1960s, and black Christians have continued to engage in advocacy and civil disobedience around poverty, inequality and police violence. Latinos and Native Americans, too, have for centuries fought for “progressive” causes like labor rights, environmental protection and human rights.

So it’s not quite right to herald the “rise” of a religious left, as several think pieces have done since Christians began openly resisting Trump’s immigration enforcement and other policies. That erases the historic resistance of religious communities of color.

Still, Trump’s hardline immigration policies seem to have spurred a broader population of Christians into action. And their civil disobedience crosses racial, ethnic and even party lines in new ways.

One reason for this is simple: Migration has become increasingly visible in recent years, especially under Trump.

The number of undocumented immigrants in the U.S. peaked at 12.2 million in 2007. Presidents George W. Bush and Barack Obama approached this issue by using relatively pro-immigrant language while deporting hundreds of thousands each year.

Though immigration at the United States’ southern border has actually been decreasing since 2000, the number of Central American asylum-seekers has grown. In 2014, an unprecedented surge in Central American children seeking asylum protections got significant media attention.

Donald Trump began his presidential campaign the next year with a speech maligning migrants. During his administration, his rhetoric has slowly become policy.

But the primary reason Christian groups are now focusing on immigration, I’d argue, is simply that the notion of welcoming strangers and caring for the vulnerable are embedded in the Christian tradition.

In the Biblical text Matthew 25, the “Son of Man” – a figure understood to be Jesus – blesses people who gave food to the hungry, cared for the sick and welcomed strangers. And in Leviticus 19:34, God commands: “The alien who resides with you shall be to you as the citizen among you.”

Denominations that are generally considered left-leaning, like the United Church of Christ and the Evangelical Lutheran Church in America publicly oppose Trump’s harsh treatment of immigrants. So do the Catholic bishops and Southern Baptists, which are typically more socially and politically conservative.

Beyond directly assisting migrants at the U.S. border by offering food, shelter, translation and legal services, many of these Christian groups also believe that in democratic societies they should pursue laws founded on Christian moral teachings.

After all, they point out, God’s command in Leviticus was to the nation of Israel – not just individual Israelites. And Jesus often told religious and political officials how to act and criticized the oppression of foreigners, widows and orphans by those in authority.

Faith-based support for immigrants is not limited to Christian groups.

Jewish and Muslim organizations have both provided humanitarian aid to Central American asylum seekers and protested a federal ban on travel from Muslim countries.

And 40 Jewish leaders were arrested in New York City on Aug. 12 for protesting the Trump administration’s detention policies.

Connecting to politicians and interfaith cooperation

The 2020 election season has brought Christian faith-based activism into the political fore. Several Democratic presidential candidates have spoken openly about the faith-based roots of their progressivism.

Sen. Elizabeth Warren has referenced the biblical text of Matthew 25 as a touchstone for her critique of wealth inequality and insistence on universal health care.

In pushing for criminal justice reform, Sen. Cory Booker speaks about the Christian tradition of “grace.” He’s also been known to quote the Prophet Muhammad, Buddha and the Hindu god Shiva.

Mayor Pete Buttigieg is a devout churchgoer who is also gay. He says that his sexual orientation is God-given and that his marriage, in the Episcopal church, to another man, has brought him closer to God.

Talk of an emerging “religious left” is ahistoric. American Christianity has always had its liberal strains, with pastors and parishioners protesting state-sponsored injustices like slavery, segregation, the Vietnam War and mass deportation.

But the high profile, religiously based moral outrage at Trump’s immigration policies does seem to be spurring some long-overdue rethinking of what it means to be Christian in America.