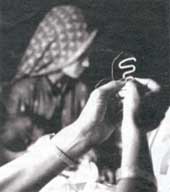 THE United Nations Population Fund's (UNFPA) report on the global populace was released by Wasim Zaman, representative of the UNFPA in India, in New Delhi on May 28. The State of World Population 1997 focuses on the reproductive rights and reproductive health of every man and woman. While the report discusses issues like components of reproductive and sexual rights, reproductive health of women and their unmet needs, adolescent sexuality, violence against women and gender equality, it urges the right-thinking citizen to lift all biases and barriers that prevent one from enjoying one's reproductive right. While releasing the report, Zaman said, "The central theme of this report is that reproductive choice, gender equality and sustainable development are closely connected, a linkage the international community has recognised repeatedly at the series of conferences on social development issues in the 1990s. Gaps and failures in reproductive health care, combined with widespread discrimination and violence against women, amount to a massive violation of human rights."

It was way back in 1948 that rights to reproduce and sexual health found mention starting with the Universal Declaration of Human Rights. The International Conference on Population and Development in 1994, followed by the Fourth World Conference on Women in Beijing in 1995, placed the issues relating to reproductive rights, reproductive health and gender in the centrestage. At Cairo in 1994,180 countries agreed that quality reproductive health information ; and services should be available to everyone by AD 2015.

In the report, Nafis Sadik, executive director of the UNFPA says: "Reproductive health is a right for both women and men; every individual has the right to decide the size and spacing of the family, and to have the means and the information to do so; there must be no coercion, either to have or not to have children; and these rights are part of the international structure of human rights, which has as its foundation the concept that all men and women are equal." Sadik further goes on to say that "the challenge now is to make this right a reality for every individual." The report stresses the need for gender equality and an increased investment in education and primary health care.

The State of World Population 1997 sums up the existing trends regarding the rights of women and says that the reproductive rights of men and women are not adequately represented:

• As many as 585,000 women - one every minute - die each year from pregnancy related causes, nearly all in developed countries. On several occasions, a large number of women become disabled as a result of childbirth.

• At least 75 million pregnancies each year (out of about 175 million) are unwanted; they result in 45 million abortions, 20 million of which are unsafe.

• Each year, 70,000 women die as a result of unsafe abortions, and an unknown number suffer infections. Much of this could be avoided if safe and effective means of contraception were freely available.

• Each year, one million people die- from reproductive tract infections (RTIs) including sexually transmitted diseases (STDs) other than HIV/AIDS. More than 333 million new cases of STDs each year occur among teenagers.

• At least 60 million girls who would otherwise be expected to be alive are missing" from various populations as a result of sex selective abortions or it neglect.

• Each year, two million girls between the ages of five and 15 are introduced into the commercial sex market. In India, the maternal mortality rate (MMR) is estimated to be 437 per 100,000 live births. According to this estimate, 100,000 women in India die every year from causes related to pregnancy and childbirth. Of the various factors attributed to MMR are, bleeding during pregnancy (22 per cent), anaemia (20 per cent), post-natal infections in the mother (12 per cent), abortion (12 per cent), pregnancy- induced high blood pressure ( 13 per cent), malpositioning of the child (six per cent)'and not classifiable causes ( 15 per cent).