Lima climate conference has to ‘write history’ to save earth, says Figueres

Over the course of the next two weeks, delegates will attempt to hammer out the new universal treaty, which would enter force by 2020 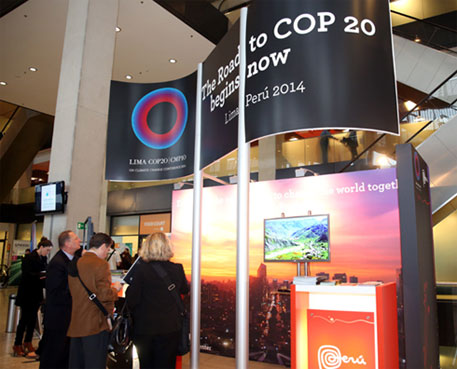 More than 190 nations are participating in the 20th session of the Conference of the Parties (COP 20) to the United Nations Framework Convention on Climate Change (UNFCCC), which began in Lima, Peru on Monday. Christiana Figueres, executive secretary, UNFCCC, warned in her opening address that the international community “must write history” to survive climate change.

“2014 is likely to be the hottest year on record and emissions continue to rise. We must act with urgency,” Figueres said.

According to the conference’s agenda, countries will put forward what they propose to contribute to the planned 2015 agreement in the form of Intended Nationally Determined Contributions (INDCs) by the first quarter of 2015, in advance of the December 2015 conference scheduled in Paris, France, where the new universal UN-backed treaty on climate change will be adopted.

Over the course of the next two weeks, delegates will attempt to hammer out the new universal treaty, which would enter force by 2020.

The Lima conference is intended to provide final clarity on what the INDCs need to contain, including for developing countries that are likely to have a range of options from, for example, sector-wide emission curbs to energy intensity goals.

Meanwhile, several countries have been taking initiatives to reduce their carbon footprint. At a recent pledging conference held in Berlin, Germany, countries made pledges towards the initial capitalisation of the Green Climate Fund, totalling nearly US $9.3 billion.

The US, the European Union and China have announced new targets for limiting gas emissions ahead of this conference.

“This shows that countries are determined to build trust and to provide the finance that developing countries need to move forward towards decarbonizing their economies and building resilience,” Figueres noted.

During the course of 2014, governments have been exploring how to raise immediate climate ambition in areas with the greatest potential to curb emissions, ranging from renewable energy to cities, she said.

As part of the “Lima Action Agenda,” countries will decide how to maintain and accelerate cooperation on climate change by all actors, including those flowing from the Climate Summit in September, where many climate action pledges were made.