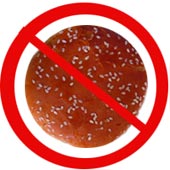 The World Health Organisation (who) has refused to dilute its warning on curbing sugar intake despite facing severe criticism from the industry lobby. A who report recently recommended that sugars should not contribute more than 10 per cent of the energy in an average daily diet. The sugar and soft drinks industry favours 25 per cent as the permissible limit.

The who believes its 10 per cent solution will help tackle the obesity epidemic, which is estimated to have affected 1.7 billion people across the world and cost the us economy about us $117 billion in 2000. But the us-based Sugar Association has termed the who recommendation "misguided and misleading". The lobby contends that obesity is the result of lack of exercise, and not just unhealthy eating habits. who spokesperson Jon Linden has countered the lobbyists' accusations asserting, "The who believes the findings represent the best available science in the world. We stand by them."