Even though differences over working mode of contact group was resolved, divide between developed and developing nations over content and language of draft text of new agreement and climate mitigation efforts persisted 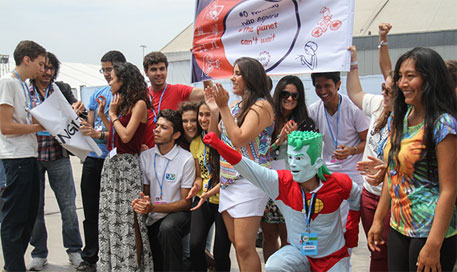 There was little progress in climate talks at Lima at the close the first week of negotiations.

Deep differences emerged at the very onset of contact group discussions on the draft text of the proposed new climate agreement which is scheduled to be signed at the Paris summit next year. The contact group is set up under the Ad hoc working group under the Durban Platform for Enhanced Action (ADP). The ‘draft decision text’ under the contact group includes elements relating to the 2015 Paris agreement, the intended nationally determined contributions (INDC), which would be countries’ actions to curb climate change, as well as the pre-2020 climate actions.

Negotiating Parties disagreed over even the contact group working mode. Countries, including included Bolivia, China and India, demanded the draft text which was being discussed be displayed on the screen “as a simple and fair” working method. The African group made an aggressive demand, asking why the draft text was not put up on the screen; such unfair process of working mode “erodes trust and confidence among parties in the hall”, the African group said. A few developed countries, however, opposed it and maintained that it was a time-efficient way to not put the draft decision text on screen.

Following no consensus among Parties, “friends of the chair” meetings were held to forge consensus on the mode of working of the contact group. Finally, it was agreed that the countries should propose changes in the draft text and submit their drafts to the UNFCCC Secretariat, after which these proposed changes shall be included in the original draft text which would be put on the screen. “If this is what Parties want, it would be done since this is a Party-driven process,” it was stated.

Once this challenge was resolved, countries proposed changes and made suggestions about the language and content of the text after going over it line by line.  The fundamental differences persisted between nations as to the nature of the new climate agreement. The developing countries wanted the new climate agreement to be based on the original principles of the UNFCCC with special focus on the principles of equity and common but differentiated responsibility and respective capability (CBDRRC), which differentiates among countries based on their historical responsibility of polluting the environment. But developed countries and blocs like the US, the EU, Russia, Japan wanted dilution of this principle and said the new climate agreement must “conform to the present times”.

The divide between developed and developing was witnessed with regard to INDCs, too. While developed nations wanted INDCs to be related more with mitigation, developing countries demanded the scope of INDCs cover other elements like adaptation, technology transfer, capacity building and finance in addition to mitigation. Developing countries wanted more clarity on the scope and linkages of the INDCs with respect to the future climate agreement in Paris 2015. They wanted support of developed countries in the preparation and implementation of INDCs. The developed countries on the other hand insisted that INDCs should not be conditional on the support of developed countries. Finally, no consensus could be arrived at.

The third element of the draft decision text dealt with increasing pre-2020 emissions cut ambition and pertained more to developed nations. The pre-2020 ambition, it may be recalled is till the time the new climate agreement comes into force in 2020. In this regard, Nauru, the low lying island state that faces risk from sea level rise, called for a high-level meeting on enhancing mitigation option. Bangladesh requested the UNFCCC Secretariat to organise in-session technical expert meetings in 2015 and at least twice a year from 2016 to assess the ambitions and implementation by developed countries. It also proposed an annual high-level ministerial event “in conjunction with the Conference of Parties (COP) with a view to keeping political momentum to raise pre-2020 ambition”. Here too, on a general note, the developing countries demanded that the pre-2020 ambitions should be comprehensive and cover not only mitigation but other elements like adaptation, capacity building, finance and technology transfer.

The draft decision text is mandated to be finalised in the ongoing Peru climate summit.