Decrease in number of goats, sheep and camels indicates livelihood crisis for the poor; number of milk-producing animals has increased 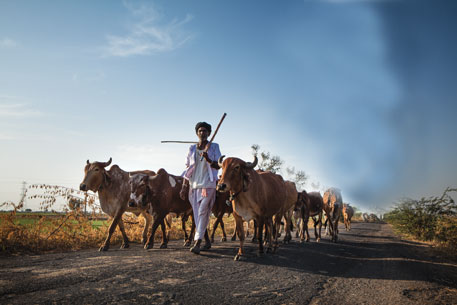 The livestock census data for 2012, released on Wednesday, shows that livestock numbers in the country decreased by 3.3 per cent in five years. The number of poultry and milk-producing cattle, however, increased in comparison to previous livestock census held in 2007. The population of camels decreased drastically, followed by donkeys, pig, goats and sheep.

The total livestock population in the country, comprising buffaloes, sheep, goats, pigs, horses, ponies, mules, donkeys, camels, mithun and yak was 512.05 million in 2012 compared to 529.69 million in 2007, which is a decrease of 3.3 per cent compared to previous census.

Dairy sector thriving
The population of female cattle (cows and buffaloes), indigenous milch animal (in-milk and dry) breed and other exotic or crossbreed increased, which indicates dairy development in the country.

The population of sheep, goat, camel, donkey and pig decreased, indicating livelihood crisis of the poor who rear it. The number of camels declined by 22 per cent, donkeys by 27 per cent, sheep by 9 per cent, goats by 4 percent, and pigs by 8 per cent.