The mad scramble for patenting the magic malaria antidote is seemingly resulting in dishonesty and plagiarism, while Onges, the actual knowledge providers, wait and watch, helplessly 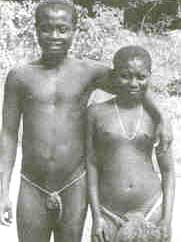 THE wonder herb from the Little Andamans - home to the Onge fribals found to be a sure-fire antidote to the deadly malarial parasite Plasmodium falciparum, remains in zthe eye of the storm (Down To, Earth" Vol 4i No 16) 'And the imbroglio continues even as state governments in various parts of the country desperately look out for ways to, combat the ever-growing malaria menace.

The -Indian, Council- of Medical' Research Centre, (ICMRC) is defending the director of its regional, branch at Port Blair, S C Sehgal, who has been accused by the environmentalist lobby of trying to claim a patent on the drugs developed from the herb's extract in his name - thereby depriving the. Onges, the actual providers of the knowledge.

In late 1995, D Chattopadhya, a scientist 'with the Regional Medical Research Centre (PmAc), a subsidiary body of the 1CMR at Port BlaiA@ discovered this plant while working at the Onge settlement. He was intrigued by a particular property of the herb which is fairly commonly used by the Onges for medicinal purposes: the extract from the herb made the users resistant to malaria.

Chattopadhya published his findings in the icMR journal. His director, however, sent a draft patent application to the 1CMR headquarters in New Delhi, with his name heading the list of two scientists who were the inventors of the anti-bacterial properties of the plant. Chattopadhya's.name appeared as one of them, but no mention whatsoever was made of the contribution made by the Onges.

When local green campaigners, headed by the Society for Andaman & Nicobar Ecology (SANE), got wind of it, they were determined to take the battle to the mainland to assert the rights of the Onges. Environmental activists in the capital were alerted and the isssue featured prominently in the press. At the initiative of some supporters, a letter was dashed off to the director general of the 1CMR, requesting her to look into the issue to ensure, that Chattopadhya, who from the outset disfavoured the patent, was not victimised',by, his@ senior-, and ' of course, to see that justice was meted out to the Onges.

in response to, this, Lalit Kant, deputy director general of the ICMR,,has assured that his organisation is "aware that the issue of Intellectual Property Right of patenting plants and their products for their medicinal properties calls for careful consideration". But in this particular case there is no cause for alarm as the studies are in a very preliminary stage, and nowhere near the phase of patenting", says Kant.

The pro-Onge campaigners are faffrom happy. "If this is true, then why did Sehgal prepare the draft patent application?" asks Samir Acharya of SANE, who has been managing the ftont tanks of the protesting environmentalists. He is also >@ convinced that Sehgal was, in faci, following a well thought out strategy. Chattopadhya's abstract for the 1CMR journal included his name along with B K Sinha's, another scientist who worked in the same field. But when it was placed before Seligal, he allegedly struck off Sinha's name and pushed his own on top.

As scientists, bureaucrats and activists fight out their turf wars, the real issue remains, puresolved. The Convention on Biologic ,A Diversity entrus@ts the responsibility of ensuring adequate, recognition and reward. to the Onges, to the national government. Acharya said threateningly, "We do not wish. to take the. tortuous path of taking@ the issue to the media or even Parliament. But we would not shy of such alpath,i,f wehlave to prove our allegations."