Lots in a name

The decision to use the country’s modern name comes 39 years after the country was renamed Sri Lanka. 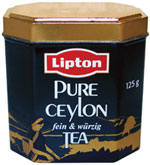 The energy minister submitted a cabinet memo in January to change the name of Ceylon Electricity Board, whereupon the president suggested the name Ceylon be removed entirely.

One ministry now has the job of ensuring that names and signboards are altered. The Ceylon Tea label, however, is unlikely to change, as the industry believes it is a brand of quality for the country’s famous export. Some are sad at the name change.

A blogger wrote that the post-colonial name was linked to “terrorism, war and (the late Tamil Tiger leader Velupillai) Prabhakaran”. Others see the change as long overdue. A young man told BBC it was high time that names across Sri Lanka showed uniformity.