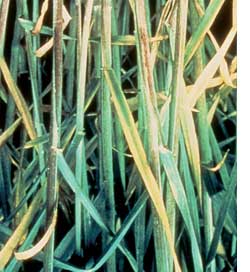 nitrogen, phosphorous and potassium are the three major nutrients required for plant growth. An increase in the world's population has, in turn, increased the dependence on agriculture in the last few decades. And agriculture has been made possible primarily due to extensive use of chemical fertilizers made from those elements.

There is a shortage of global resources of phosphates--the minerals from which phosphorous fertilizers are made. For a country like India which is dependent on agriculture, natural abundance of phosphates is abysmally low--only 142 out of a total of 306 tonnes found here are of high grade.

As a major part of India's deposits are in the form of low grade ores (lgo), the country needs to import most of the phosphorous fertilizers. Therefore, there is a pressing need to develop ways to utilize the low grade phosphorous deposits. Scientists at Mohanlal Sukhadia University in Udaipur showed how this may be done.

The researchers decided to produce fused calcium magnesium phosphate (fcmp) from low grade ores. fcmp is a fertilizer that is currently produced by fusing high grade phosphate ore with additional materials such as olivine (magnesium iron silicate), which has to be mined exclusively for this purpose. The team fused low grade ores with additives such as serpentinite (available as a waste product of the decorative stone industry), quartz, magnesium oxide and silica. The right ratio of these additives yielded the fertilizer.

fcmp is a slow release fertilizer: it releases phosphorous to the plants in a sustained manner. This is because it is water-insoluble and does not get washed away during irrigation or heavy rains. This allows it to be retained by the soil over an extended time period. Although used worldwide, fcmp is expensive and not commercially viable in countries like India.

The method is cheap and no solid waste is generated. "This could help us utilize large reserves of low grade ores," the authors wrote in their paper published in the March 25 issue of Current Science. "The process is electric-power centric but within the next few years India should have sufficient nuclear power ", said Pushpendra Ranawat, the lead author of the study.