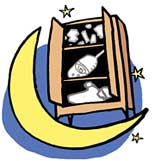 The  New York Times  described it as “one small step for preservation and one giant leap of logic”. California’s historical commission has voted to protect two small urine collection devices, four space-sickness bags and dozens of other pieces of detritus, all currently residing nearly a quarter of a million miles from the state, in the moon.


Much of their handiwork has historical value.”

The landmark mission wasn’t exactly tidy. Worried about the weight of their landing capsule, the harried lunar explorers left behind tons of trash, including several receptacles meant for bodily waste.