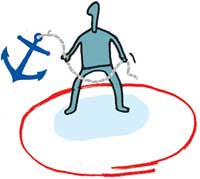 the Madhya Pradesh government has not rehabilitated the majority of the villagers who will be displaced by the controversial Maheshwar dam on the river Narmada in Khargone district. Construction of the dam is nearly complete but only a few families have been given alternative land. This has prompted Union environment minister Jairam Ramesh to send a letter to the state chief minister saying rehabilitation has to keep pace with dam construction.

A showcause notice for suspending work will be issued if the rehabilitation plan is not submitted soon, said S Bhowmick, additional director in-charge of river valley and hydroelectric projects in the ministry. The ministry had earlier issued a stop work order in 2006 but the private company executing the project, Shree Maheshwar Hydel Power Corporation, had managed to get relief from the high court at Indore on the technical ground that the mandatory 15-day showcause notice was not served.

Medha Patkar, leader of the civil society group, Narmada Bachao Andolan (nba) said over 50,000 people in 61 villages are in the submergence area. Only 291 families have been rehabilitated. She said work on the dam should be stopped immediately. Government officials said only 22 villages will be affected. They accused the nba of misrepresenting facts.