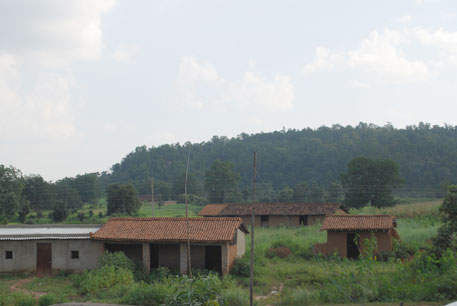 After refusing to grant forest and environmental clearances four times, the Union Ministry of Environment and Forests (MoEF) approved the controversial Mahan coal block in Singrauli district of Madhya Pradesh. The coal block is to be jointly exploited by Hindalco and Essar for their industrial units built in the region.

Former environment minister Jairam Ramesh and even the present minister, Jayanthi Natarajan, had opposed the allocation of the Mahan coal block, saying mining would lead to destruction of the rich biodiversity of the area due to mining. “The ministry had opposed (grant of mining lease for Mahan), but it was overruled,” Natarajan reportedly said at a press conference in the capital. A group of ministers was assigned to decide on future of the Mahan coal block. It was decided in a meeting last month that approval would be granted.

Home to about 14,000 adivasis belonging to Baiga community, Mahan reserve forest's unique biodiversity was attested by previous Forest Advisory Committees which visited the region near district headquarter of Waidhan. For the Baigas, the 1,084 hectare mine block is a rich source of forest produce and their livelihoods.

According to non-profit Greenpeace, attempts to organise gram sabhas to pass the forest claims of the residents were scuttled by the company as well as local administration officials. “About 14,000 residents claimed forestland under Forest Rights Act. When a gram sabha was organised by the local panchayats, the company and government officials distrupted it on August 15,” added policy officer Priya Pillai of Greenpeace.

Hindaloco, Essar have their way

If the mining happens in Mahan forest reserve, the last remaining patch of very dense, unfragmented forest in Singrauli coalfield region, it will cater to a 3,000 MW power plant belonging to Essar Power and a aluminium smelter belonging to the Hindalco, owned by the Birlas, built in the vicinity. Both Essar and Hindalco have been consistently pressurising the Central government since 2010 to grant the environmental clearance to this coal block.