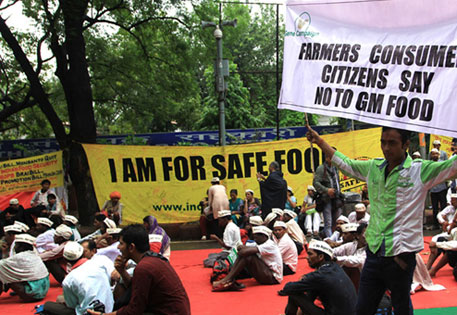 The Maharashtra government has given the go ahead for field trials of genetically modified (GM) rice, chickpea, maize, brinjal and cotton, according to media reports. The trials would be carried out in confined plots of one hectare or less. The results would be monitored before the state takes any further step towards its cultivation. Only GM cotton is grown in fields as of now in India. There have been concerns regarding cultivation of GM food crops which could potentially harm health.

The decision in Maharashtra is based on recommendations of a state-level committee. While the Supreme Court says that there is no ban on cultivation, it has also ruled that permission for cultivation and trials is taken by state governments. Biotech companies want this clause to be removed.

The decision in Maharashtra was taken by a committee headed by Anil Kakodkar, the former chairperson of Atomic Energy Commission. Maharashtra is now the fourth state after Punjab, Delhi and Andhra Pradesh to approve open field trials in GM crops.