As many as 130 floral species comprising trees, shrubs, vines herbs and grasses have been identified in the forest 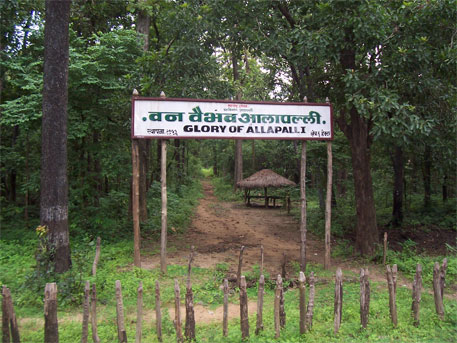 While its status as a biodiversity heritage site was cleared by the State Biodiversity Board in March 2013, a formal notification to the effect was issued only on May 21 this year.

The stretch of forest in question is known for its very high quality old-growth teak trees. One of the largest teak trees here has been found to be 39.70 metres high, while another has a girth of 5.27 metres. The site was first identified for conservation in 1867 by British officials. In 1953, a six hectare patch was identified for conservation and given protection from all sorts of hazards including grazing and fire to protect biodiversity and vegetation, informed senior forest officials. Till date, as many as 130 floral species comprising trees, shrubs, vines herbs and grasses have been identified in this patch of forest.

The area where the plot is located is inhabited by the Madia tribe, considered one of the most impoverished in the state, and is surrounded by thick forests. The forests are also a source of livelihood to the Madia people and home to a wide variety of wildlife.