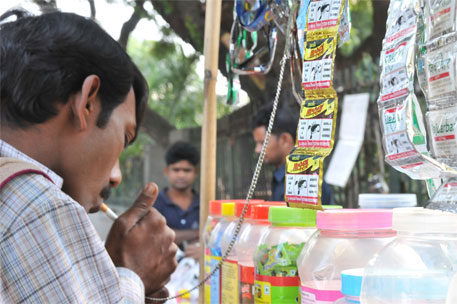 The Maharashtra government plans to come down heavily on gutkha sellers after the food and drug administration department seized substantial amount of the product from several areas in the recent past despite a ban being in place.

Till now, the FDA has conducted raids at 72,000 shops and seized gutkha worth Rs 32 crore.

FDA minister Girish Bapat said in the state Legislative Assembly recently that the government would consider the sale of tobacco a non-bailable offence and penalise consumers.

The minister said this in reply to a question raised by Congress legislator Arif Naseem Khan. He added that despite the ban, gutkha was being sold in the market. Another Congress MLA, Amit Deshmukh, demanded penalty on consumers for strict implementation of the ban.

Bapat added that after due consultation with the department of law and judiciary, the police would be directed to register cases under section 328 of the Indian Penal Code (IPC). The section is meant for dealing with offences relating to “causing hurt by means of poison, etc. with intent to commit an offence”. Under it, such cases are non-bailable and offenders can be awarded up to 10 years imprisonment. At present, offenders are booked under Section 188 of the IPC which is bailable. Section 188 is meant for disobedience to a government order.

The minister said the government was also mulling the suspension of licences of shopkeepers, who sell gutkha and tobacco products.