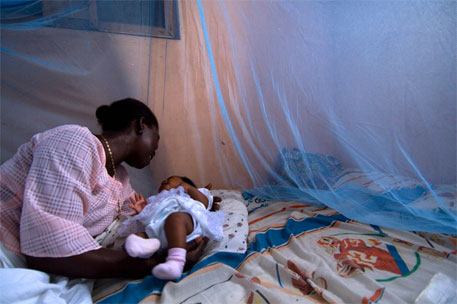 Researchers have figured out the mechanism by which malaria parasites become resistant to antibiotic drugs, and say the finding is helpful for understanding drug resistance in other microbes causing infectious diseases, including infections and tuberculosis.

Fosmidomycin was designed to kill the parasite by suppressing a class of molecules called isoprenoids, which play multiple roles in keeping organisms healthy, be it plants, animals or bacteria. Using next-generation sequencing technology, the research team compared the genetics of malaria parasites that responded to the drug to the genetics of malaria parasites that were resistant to it. They found that to get around the drug, the parasite has developed mutation in a gene, which makes the gene dysfunctional.

The gene, PfHAD1, normally slows down the synthesis of isoprenoids. “This is perhaps to put a break on the energetically expensive pathways,” says Senior author Audrey R Odom. But making it dysfunctional, the breaks are released, increasing the pathway’s activity. This is the reason that the drug fails to kill the cells of the malaria parasite.

Odom says isoprenoid synthesis is an attractive drug target not just for malaria but for tuberculosis and other bacterial infections because these organisms also rely on this same isoprenoid pathway.

Odom, who assistant professor of paediatric at St. Louis Children’s Hospital, says despite being a public health burden, malaria is understudies in the lab because it is difficult to grow. It has a complex lifecycle which is nearly impossible to replicate. That’s why it was exciting to be able to do this kind of study in malaria, rather than in a typical model organism like yeast. This genetic study would not have been possible even five years ago because the gene sequencing technology was not there, she says.

The parasite remains a massive global health problem, causing about 627,000 deaths in 2012 alone, according to WHO. Most deaths are in children under five. The study appears on July 24 in Nature Communications.